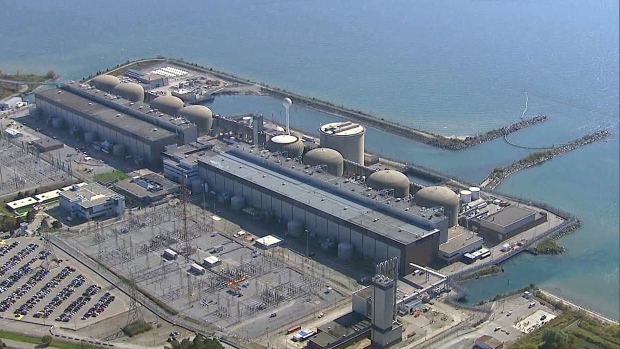 The Pickering Nuclear Generating Station is seen on Thursday, Oct. 10, 2013.

Frontline staff at Ontario’s Provincial Emergency Operations Centre did not initially know how to send a correction after waking up most of Ontario last month with an erroneous warning about an incident at Pickering’s Nuclear Generating Station, a newly released report says.

The provincial report details how shortened training schedules, poor procedures and confusing reports from the power plant itself contributed to the 108-minute delay in issuing a correction, which finally brought the panic to an end.

At 7:23 a.m. on Jan. 12, most smartphone users in the province were sent a message speaking of an unspecified incident at Pickering Nuclear Generation Station, adding there was “no abnormal release of radioactivity from the plant.”

The report released Thursday by Solicitor General Sylvia Jones’ office says that during a shift change, the officer on duty at Ontario’s Provincial Emergency Operations Centre (PEOC) logged into the actual live system used to send alerts across the province, thinking it was the training and test version of the service, in part because both systems look almost identical.

“The (duty officer) logged in to the Alert Ready live system, believed they had switched to the training system, selected a pre-scripted nuclear template for the (Pickering Nuclear Generating Station) and accidentally sent a live alert,” the report says. “The duty officer was not acting on any information concerning a nuclear incident.”

Nevertheless local police and fire crews rushed to stage outside the plant, expecting the worst and preparing plans to evacuate everyone within a ten-kilometre radius.

Approximately 30 minutes after the alert was issued, CP24 learned of its possible false nature from a local fire chief, who said he had been contacted by provincial officials who told him the alert was sent in error.

A mass message telling everyone the alert was sent in error came out 108 minutes after the initial warning.

"As I did on January 12th, I unreservedly apologize for the alarm and anxiety caused to people across the province and I want to assure the public that everything possible is being done to prevent a similar event in the future," Jones said Thursday. 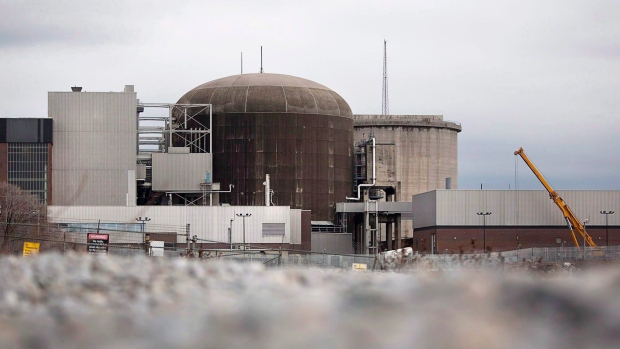 The report says the duty officer who sent the alert immediately recognized their mistake, but supervisors did not know how to send a proper recall alert, and didn’t give any immediate orders.

To make matters worse, investigators found that “unrelated information” about Pickering Nuclear Generating Station, including a possible rumour about a fire there the night before, “added confusion to senior Ontario Public Service executives’ understanding of the situation.”

The PEOC had a planned template for an “end alert” meant to be sent in the event of a mistaken alert, but nobody could find it the morning of the Pickering alert.

The private vendor that provided the system to the province, Pelmorex, advised against sending a second “end alert” correction during the confusion, investigators found.

The report found that the last training session put on for duty officers at the PEOC, conducted in Nov. 2019, had to be shortened from its original length because the centre was called to assist with an emergency flood evacuation.

Both employees at the PEOC that day had only been working there for six weeks.

The pair of employees told investigators their training had been significantly shortened from what was discussed at the start of their employment at PEOC.

During training, both of the employees said they raised a similar embarrassing incident that occurred in Hawaii in 2018, where the state’s emergency management sent a message warning of an imminent missile attack that was false.

“Interviewees indicated that the 2018 Hawaii false ballistic missile alert was raised by trainees during November 2019 Duty Officer training; however, no specific instructions on how to prevent or respond to a similar incident were provided.”

Investigators also learned that up until Jan. 12, none of the PEOC’s saved message templates in the event of an emergency were available in French.

The report says that since Jan. 12 all PEOC duty officers have received new training, two officers must verify together before any alert can be sent out, testing and live actual alert programs are now clearly labelled, and a new “end alert” template has been created in case of future mistakes.

Jones’ office says they will also conduct a review of staffing at the PEOC.