Frontline workers should be prioritized for COVID-19 vaccine after healthcare workers and long-term care residents: OMA 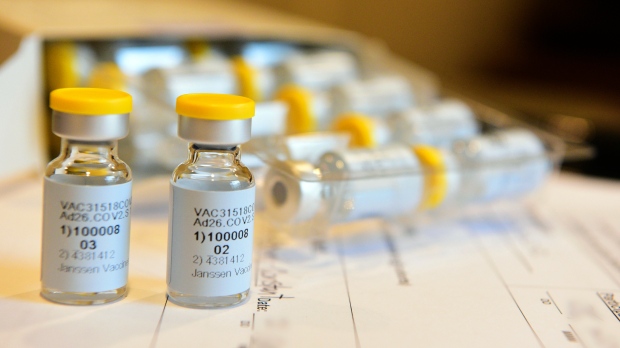 A group representing more than 43,000 Ontario doctors says that essential workers at grocery stores and food processing plants should be among the first to receive COVID-19 vaccines once healthcare workers and long-term care residents have been protected.

The Ontario Medical Association says that health-care workers and “older adults living in long-term care or retirement facilities” should be the first in line for vaccines but that subsequent phases should focus on ensuring that other workers at high risk of exposure get vaccinated, such as employees at grocery stores and food production facilities and those working in transit.

The OMA says that other groups that should also be prioritized include people living in shelters, group homes and prisons, teachers and school staff and other older adults not vaccinated in the first phase.

“It boils down to the fact that essential care workers or essential workers aren’t necessarily safe just by being deemed essential,” OMA President Dr. Samantha Hill told CP24 on Wednesday afternoon. “It is crucial that if we consider these people and the services they offer essential to society’s wellbeing that they be protected to the ultimate capacity that we can. Before we had a vaccine that meant PPE (personal protective equipment) and social distancing. When we do have a successful vaccine it will still mean PPE and distancing but it will also mean access to the vaccine.”

The recommendations from the OMA come after the United Kingdom announced that it has approved the Pfizer vaccine for distribution in that country.

Federal Health Minister Patty Hajdu also released a statement on Wednesday in which she said that Health Canada’s review of the Pfizer vaccine “is ongoing, and is expected to be completed soon.”

Speaking with CP24, Hill said that the principal behind the recommendations being made by the OMA is “minimizing harm.”

She said that healthcare workers, for example, make up nearly 10 per cent of all confirmed COVID-19 cases in Ontario and are much more likely to contract the disease caused by the novel coronavirus than any other single group.

“The recommendation quite simply put is that those with the highest risk need to be vaccinated first and that includes obviously physicians and other frontline health care workers like nurses and personal support workers and it also includes adults living in long-term care facilities or retirement facilities,” she said.

On Wednesday, Premier Doug Ford was asked about how his government will prioritize which groups of people will get access to the vaccine first and he said that the “goal is to make sure that all frontline health care workers, long term care workers and rural northern indigenous communities get taken care of” first.

Ford, however, said that he “wouldn’t disagree” with the OMA’s proposal to prioritize frontline workers in subsequent phases of the rollout.

“I think they're great comments but that's going to be up to the task force and General (Rick) Hillier and the Minister of Health to put that list together,” he said.

Ontario Health Minister Christine Elliott has previously said that her government expects to receive a combined 2.4 million doses of the Pfizer and Moderna Inc. COVID-19 vaccines during the first three months of 2021, which would be enough to protect 1.2 million Ontarians.