Gas prices to rebound this week after biggest single-day drop in more than a decade: analyst 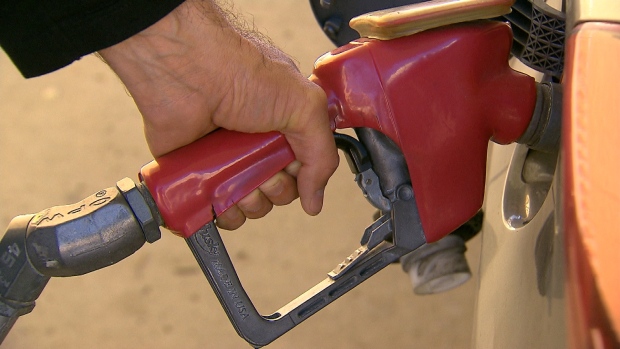 Gas prices in Ontario are set to rebound this week after the single biggest one-day drop in more than a decade.

The average cost of a litre of gas fell 11 cents to $1.349 per litre on Sunday as global markets reeled following the news of a new COVID-19 variant being detected in South Africa.

But gas analyst Dan McTeague, the president of Canadians for Affordable Energy, tells CP24 that he expects the savings to be short-lived.

During an interview on Monday, he said that he is now forecasting the price of gas to rise three cents per lite as of Wednesday morning.

The good news, at least for drivers, is that McTeague believes that gas prices are unlikely to climb all the way back to $1.459 per litre for now as the Omricon variant continues to create “a bit of instability in the world.”

“The market overreacted. A lot of the senior players and traders realize that the drop of oil and gasoline prices on the markets was a little overdone and so we're going to see a bit of a correction but not until Wednesday,” he said. “So you have today and tomorrow take advantage of the $1.349 or cheaper prices here in the GTA and right across much of the province but on Wednesday, or course, we're going to see gas prices move up.”

McTeague said that the 11-cent drop in the average price of gasoline was the single biggest one-day price decrease that has occurred in Ontario since January, 2009.

He said that while prices may remain constrained due to the instability related to the COVID-19 pandemic, they aren’t likely to go down much more since “the world continues to be under-supplied with oil” and “producers are not incentivized to make more oil.”

Looking ahead to the new year, McTeague also suggested that Canadians should be prepared to pay more at the pumps, especially once the federal government’s new Clean Fuel Standard comes into effect in December, 2022.

“A year from now we're going to see in one fell swoop an increase of 16 cents a litre with the federal government’s second carbon tax, the Clean Fuel Standards, so hang on your wallets and hang on to your seatbelt,” he said.