Girl injured in Highway 401 collision in Ajax dies in hospital 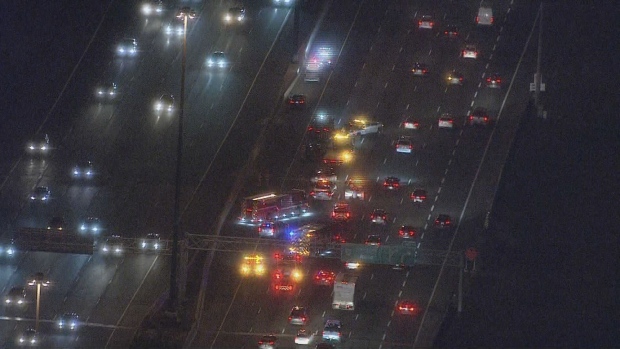 Emergency crews are on the scene of a collision on Highway 401 in Pickering. (Chopper 24)

A girl under five years old who was seriously injured in a three-vehicle collision on Highway 401 in Ajax last Friday has died in hospital.

On Nov. 27, emergency crews were called to the eastbound lanes of the highway near Westney Road shortly after 5:30 p.m.

Ontario Provincial Police said an adult and two children were injured and were taken to hospital.

One of the children died on Wednesday, police said. The other child and the adult remain in hospital.

The OPP are not releasing the name of the child.

The cause of the crash is under investigation.

Update: tragically, one of the children (<5 y.o.) involved in this collision has succumbed to their injuries. ^dh