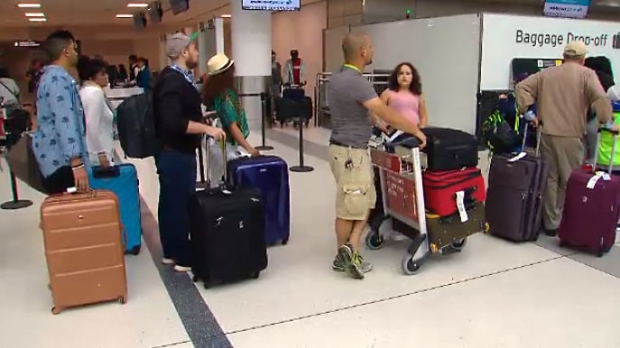 Travellers heading to the U.S. from Person International Airport faced significant delays for much of Saturday morning due to a technical issue at customs.

A spokesperson for the airport told CP24 that the issue forced U.S. customs officials to process travellers manually, resulting in significant delays.

It was first reported early Saturday morning and wasn’t fully resolved until around noon.

During the delays, Pearson International Airport deployed additional staff to assist passengers and hand out water amid longer than usual lineups.

“We thank you for your patience. US CBP Officers are working to process travellers as quickly as possible while maintaining safety & security,” the airport said in a message posted to Twitter at the time.

Pearson International Airport has said that the technical issue was the result of a nationwide glitch that was first reported on Friday. It was resolved at around 6:30 p.m. that day but the issues resurfaced on Saturday morning.

In a statement provided to CP24 on Saturday afternoon, a spokesperson for the airport said that they don't anticipate any further delays.