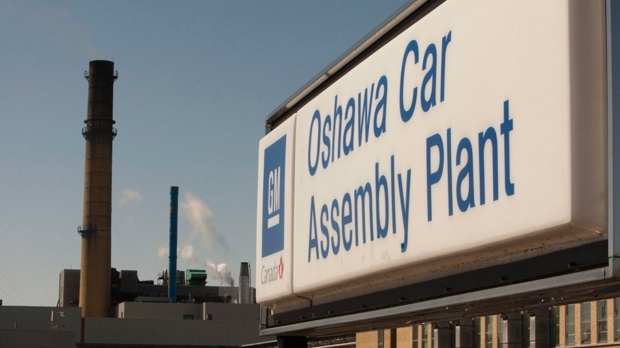 GM Canada says that it will help some workers affected by the closure of its Oshawa plant become auto service technicians at dealerships throughout Durham Region.

GM announced earlier this week that it will close the plant by the end of 2019 as part of a global reorganization that will see the company switch its focus to electric and autonomous vehicles.

The move will result in the elimination of more than 2,500 jobs.

In a news release issued on Thursday afternoon, the automaker said that it will team up with local dealerships to make a “commitment to train and hire interested workers” as auto service technicians at local dealerships.

GM did not indicate how many auto service technicians jobs would be available at dealerships in the GTA but said that there is a “significant need” that currently exists, one that can be addressed through the hiring of workers affected by the plant closure.

“GM Canada will support Oshawa Assembly workers with the goal of helping impacted workers find good new jobs,” GM Canada President and Managing Director Travis Hester said in the release. “Our employees have great skills and our dealers have a significant need for auto technicians. Who better than our top-quality assembly workers to service customers’ vehicles at GM dealerships?”

GM Canada said that it plans to work with Durham College, the University of Ontario Institute of Technology and the provincial and federal governments as part of its efforts to support affected employees and “manage the transition” for them when production begins to wind down at the plant sometime in the summer.

Oshawa’s GM plant has been in operation since 1953 and at its peak, employed tens of thousands of employees.