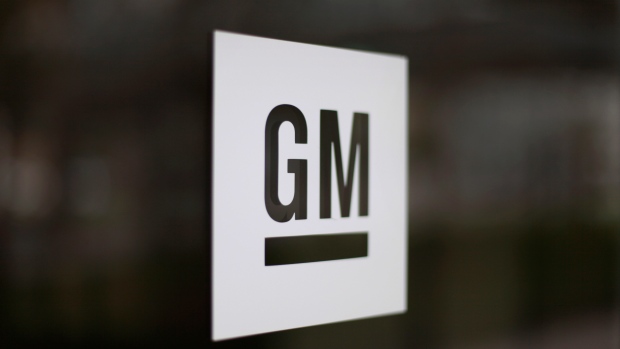 This May 16, 2014, file photo shows the General Motors logo at the company's world headquarters in Detroit. (AP Photo/Paul Sancya, File)

ST. CATHARINES, Ont. - General Motors says it has temporarily laid off about two-thirds of hourly workers at its parts plant in St. Catharines, Ont. as the strike by the United Auto Workers in the U.S. enters week two.

The company says about 730 employees are off the job after it halted engine production at the plant Monday because of the strike disruption.

The closure follows the full shutdown of vehicle production at the company's Oshawa Assembly Plant Friday because of supply chain issues from the strike, leaving another 2,000 hourly workers temporarily laid off.

The plant closures have led to a wave of temporary layoffs at companies dependent on the plants, including about 1,700 unionized workers centred around Oshawa operations and another 200 from the St. Catharines plant.

Close to 50,000 GM workers in the U.S. went on strike last Monday, forcing a halt to production at more than 30 manufacturing sites across nine states.

The labour action, the first national strike by the UAW since 2007, is over issues including wages, health care, and job security.