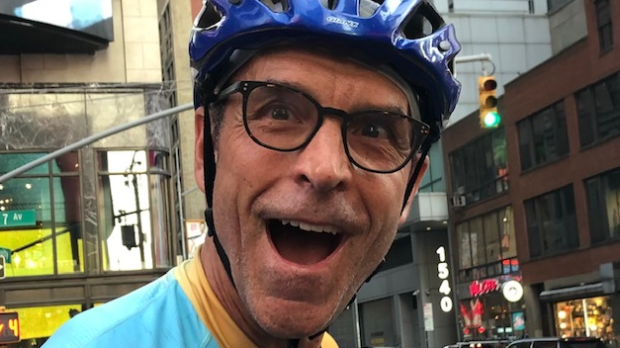 The general manager and vice president of Great Wolf Lodge is being remembered as a passionate leader after his sudden death this weekend.

Keith Simmonds died after he was hit by a car while riding his bike in Niagara on Saturday, Ripleys Entertainment, the lodge’s parent company, confirmed in a statement to CTV News Toronto.

According to police, Simmonds was cycling about 200 metres north of Victoria Avenue on the Parkway, nearby Great Wolf Lodge, when he was hit by a vehicle heading the same direction.

In the joint statement from The Jim Pattison Group, Ripleys and the Great Wolf Lodge, they share how “deeply saddened” they are.

“He took great care in supporting his work family and instilling a sense of pride in everything that his team did,” the statement reads.

Simmonds often called the lodge the “Little Log Cabin on the Parkway”, and they say he was an integral part in fostering the growth and success of the Niagara Falls location.

“We extend our heartfelt sympathy to Keith’s wife, Toby, and his children, Ben and Nick,” the statement reads.

“Our top priority now is to support them through this tragic time as they were the centre of Keith’s world. Everyone who knew Keith recognized his love of family, cycling, and philanthropy.”

Simmonds is being remembered as a “passionate leader”, and a “cherished” member of the Niagara community.

The NRPS Collision Reconstruction Unit, the Forensic Services Unit, and the Niagara Parks Police Service have taken over the investigation.

Anyone with information of the accident, including CCTV or dash cam footage, is asked to contact the lead detective at 905-688-4111, option 3, ext. 1009433. Anonymous tips can also be submitted through Crime Stoppers.