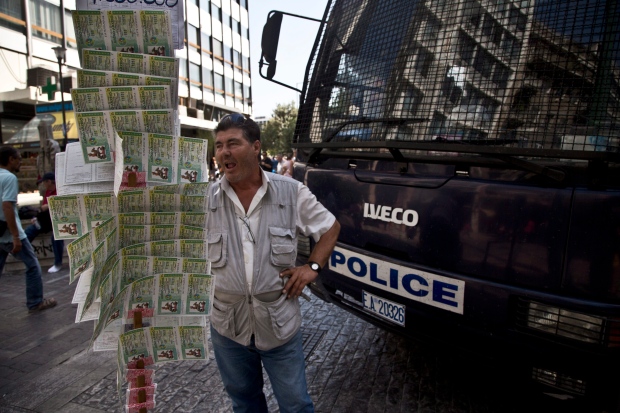 ATHENS -- Greek authorities say they have broken a massive lottery scam targeting Germans that tricked about 360,000 people into paying to take part in non-existent draws.

The crackdown came after authorities enlisted the help of German law enforcement. The ring allegedly used illegally-procured lists of German betting company clients, whom they then phoned, offering cash prizes or free holidays in return for a monthly subscription of about 30 euros ($41).

It was unclear why only people in Germany were targeted but the country is much wealthier than Greece. Police said the two suspects arrested Tuesday in Athens were German-born.