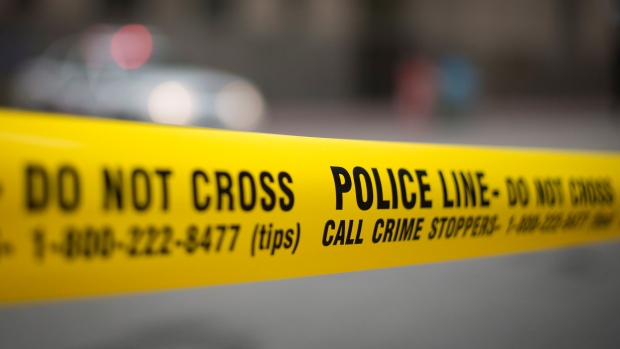 A 15-year-old boy is in serious but non-life-threatening condition after he was stabbed multiple times and robbed in downtown Toronto early on Tuesday morning.

Toronto police say they were called to a building near Bay and Dundas streets at 12:13 a.m. after an apparent robbery.

They found a 15-year-old boy suffering from multiple stab wounds.

Investigators said a group of as many as 10 male suspects, one armed with a machete may be responsible.

The group was last seen heading east on Dundas Street.

Police say they are still looking for the exact scene where the boy was stabbed.

Anyone with information is asked to call 52 Division.