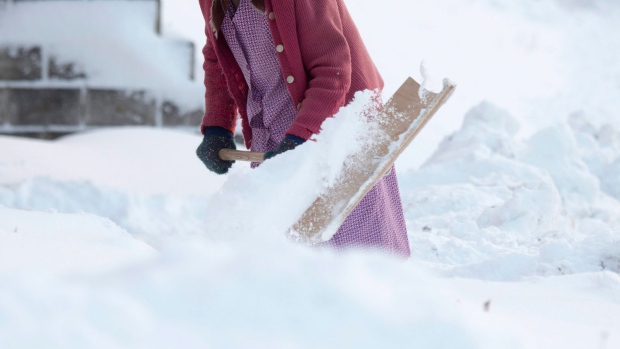 A woman clears the street from snow with a shovel in Saulburg, Germany, Thursday Jan. 5, 2017. (Armin Weigel/dpa via AP)

They say the incident occurred Tuesday when two woman were shovelling snow from their cars in the parking lot of an apartment complex in Guelph, Ont.

Guelph police say a fight ensued and the 71-year-old woman received a cut to her cheek and bruising to her wrists.

They say the woman did not need medical attention.

Police have charged the 61-year-old woman with assault.