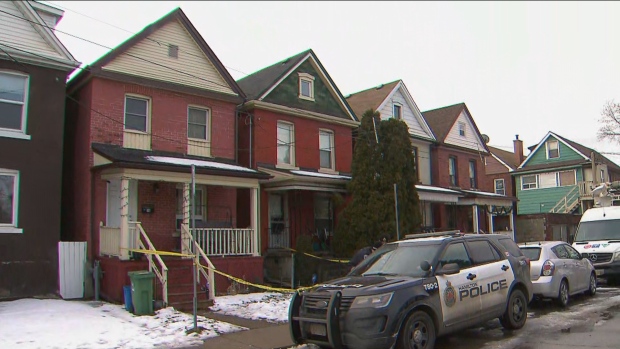 Police investigate after a seven-year-old boy was shot at a home in Hamilton on Thursday, January 23, 2020.

Hamilton police say they believe there are people who have information about a shooting last week that left a seven-year-old boy in hospital, but they have yet to come forward to speak with investigators.

According to police, a suspect entered the backyard of the home and fired multiple shots into the house.

A seven-year-old boy inside the residence was struck by at least one bullet and was subsequently rushed to hospital with life-threatening injuries.

His condition has since stabilized and he remains in hospital, where he is recovering, police said Tuesday.

Investigators have said that they believe the residence was targeted, but the boy was not the intended target.

In their release Tuesday, police said they believe that there are people who know what happened, but have yet to come forward to speak with investigators.

“The family has been cooperating with police but there has been varying degrees of cooperation from the other individuals in the residence at the time,” police said in the release. “Police believe there are people who know what happened and encourage those individuals to come forward.”

Police have previously said that a mother and her two children live at the home full-time, but that visitors are known to stay there from time-to-time. A total of three adults and two children were inside the home at the time of the shooting.

Police have said that the suspect fled from the backyard into a vehicle waiting on Gordon Street. The vehicle, described as a light-coloured four-door sedan, then sped away eastward.

Anyone with information is being urged to contact investigators. The suspects have been urged to turn themselves in to police.