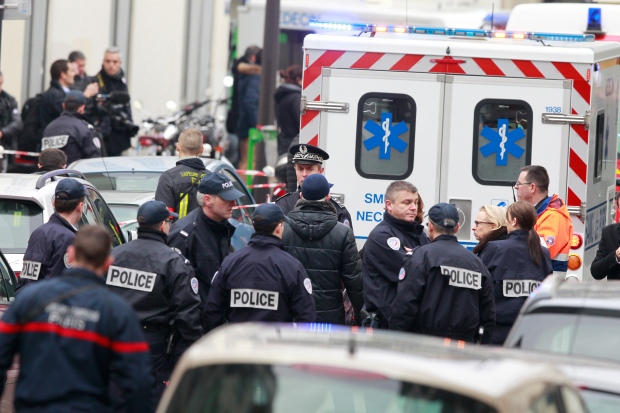 The murder of 12 people in a Paris newsroom has drawn strong condemnation from Canadian officials including the prime minister who called the attack “barbaric.”

Prime Minister Stephen Harper sent out a tweet shortly after details of the terror attack began to surface. At around noon in Paris, masked gunmen stormed the offices of Charlie Hebdo, a French satirical magazine located in the 20th arrondissement, killing the editor, several cartoonists and two police officers. Eleven others suffered injuries and four of them are in hospital in critical condition.

The gunmen managed to flee the scene.

I’m horrified by the barbaric attacks in France. Our thoughts and prayers are with the victims and their families.

Shocked and disgusted by the news of a mass shooting in Paris. The world mourns with the families of the victims of this senseless violence.

Our thoughts are with the families of those who lost their lives in Paris. This tragedy reminds us of the importance of freedom of the press

The French embassy in Canada thanked officials for their words, saying they are “very moved” by the solidarity shown by Canadians.

“This contemptible crime has been condemned unambiguously,” the embassy said in a statement.

“This shows that France and Canada are united in their commitment to the fight against terrorism and to the defense of our fundamental values.”

The embassy also touched on the issue of free press, calling  the shooting an attack on democracy.

“There are no words strong enough to condemn the heinous attack that took place this morning in Paris,” the statement says.  “It is not only freedom of expression that has been attacked, but democracy as a whole.  As President Hollande has stated, ‘No barbaric act will ever extinguish the freedom of the press. We, as a country, are united. We will stand together as we react to this’. 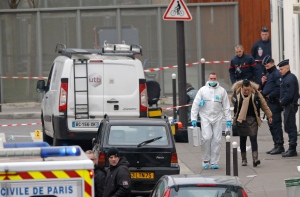