'He could've been treated differently': Toronto man dies at home after several visits to local hospital

A Toronto music lover who thrived in the company of others died alone at home following three visits to a local hospital due to severe abdominal pain, according to one of his closest friends.

“He didn't talk very much, but he had this presence that everybody enjoyed hanging out with him because he was just the nicest guy that ever lived,” John Romanelli told CTV News Toronto as he described Walter Froebrich, who he met at a concert some 20 years earlier.

“Not many people can pass away and they have not one enemy in their whole entire life. And, you know, he was that guy.”

The soft-spoken metalhead had become a fixture in the city’s hardcore music scene. If a big-time act like Slayer or Anthrax was coming to town, Romanelli said, Froebrich wouldn't be hard to find somewhere in the crowd with his bushy long beard and 90s-era camera in hand.

“He always went out of his way to get pictures with everybody that was his little thing that he liked to do.”

Those pictures, of which Romanelli believes there are thousands, have been surfacing on social media in recent days following Froebrich’s death last month as friends, promoters, and musicians alike pay tribute to their friend.

Froebrich had been complaining of severe abdominal pain in recent weeks which friends believed was related to an internal tear. He had been searching for medical care to treat the issue but had struggled to do so without a family doctor. 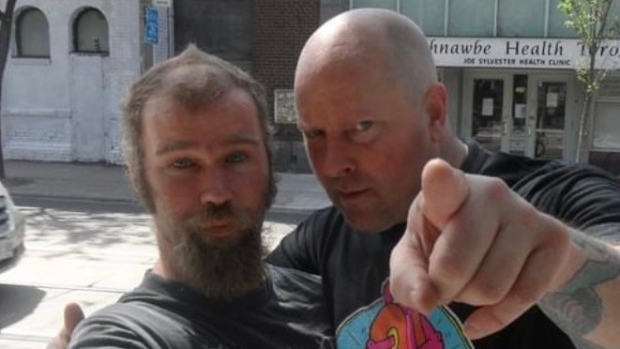 Romanelli recalled more than a few posts to social media in which Froebrich had been asking his friends for help in finding a physician, but it wasn’t until his birthday party early last month that he realized how dire his situation really was.

“He told me at that birthday party that he was going to the hospital and that he would wait all day and then be sent home,” he said.

Friends of Froebrich said he visited St. Joseph’s Medical Centre in Toronto’s west end a number of times in recent years in the absence of a family doctor.

However, they said it was three recent visits to the hospital over the span of a week -- in which Froebrich’s pain had become unbearable -- that would see him allegedly sent home with antibiotics to eventually die alone in his Etobicoke apartment.

“His final post on Facebook says, ‘Please help me.’ And then he died,” Romanelli said before bursting into tears.

In a statement to CTV News Toronto, Unity Health Toronto, which oversees operations at St. Joe’s extended its condolences to the loved ones of Froebrich.

“While we cannot share or discuss patient informational publicly we take these allegations seriously and are committed to working with his representatives directly as we conduct a review of his care,” a spokesperson said in an email.

Froebrich’s loved ones rallied outside of St. Joe’s hospital on Saturday carrying signs that read, "Justice for Walter,” while looking for answers following a death that has clearly struck a chord within Toronto’s metal community and beyond.

“This is not an uncommon thing. This is about the big picture of our crumbling Ontario health-care system,” Romanelli said, adding that Froebrich’s death underscores the importance of addressing physical, as well as mental health, appropriately. 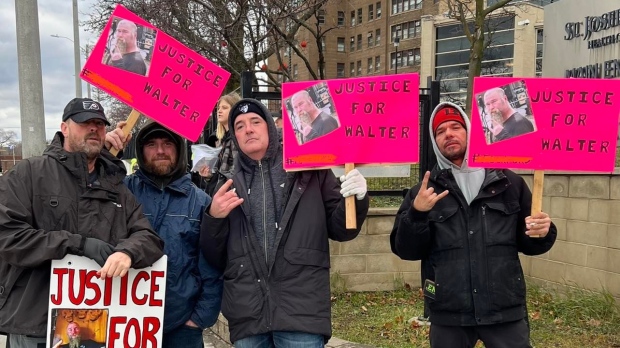 “He could have been treated differently. Somebody could have seriously sat down with him and figured out what was going on…Because Walter didn't talk much, I could just see him sitting in that lobby for the day…And that's one of the most upsetting things to all of us, is the fact that we can we can all see him just not wanting to cause problems. Well, because he was a ‘not wanting to cause problems’ kind of guy, he died.”

A GoFundMe aimed at covering Froebrich’s funeral expenses has been set up and already surpassed its goal of $10,000. A memorial benefit concert in his memory is scheduled for Jan. 7, 2023.