'He will be truly missed,' relatives say of 12-year-old boy killed in North York shooting

The family of an innocent 12-year-old boy who was fatally shot while walking with his mother in North York last weekend has issued a statement.

Released to CTV News Toronto on Friday evening, the boy's aunt and grandparents said he had an "immense" heart who loved being in Canada and loved speaking English.

"He loved sharing his food with others. He was a very happy boy. He was extremely friendly," the family said.

"He was always happy, and everyone around him could feel his happiness. He will be truly missed."

The boy was returning from shopping with his mother on Saturday afternoon when he was struck by a bullet during a possible gang-related shooting in the area of Jane Street and Stong Court, north of Finch Avenue West.

He was rushed to a hospital in critical condition. However, the boy succumbed to his injuries a few days later.

Two suspects are facing a combined total of 59 charges, including first-degree murder in connection with the shooting.

Rashawn Chambers, 24, of Toronto and Jahwayne Smart, 25, of no fixed address, were arrested outside a downtown Canadian Tire in a police takedown.

Police are looking for a third suspect who they believe drove the suspects to the area.

On Friday night, the Jane and Finch community gathered for a candlelight vigil to remember the boy. 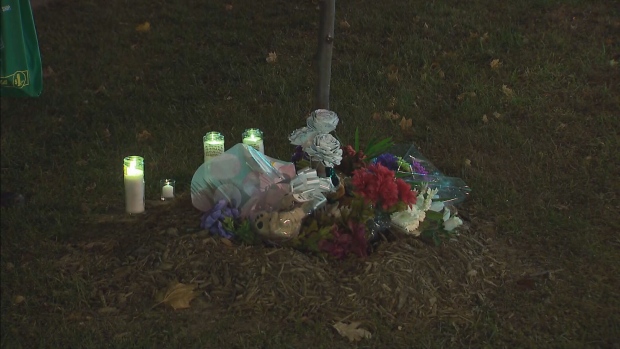 Marcell Wilson, founder and president of One by One Movement, a non-profit group against gang violence, said the government needs to support initiatives that address the root causes of violence in the community.

"We've had the mayor recently make some commitments to us, and to this group of people in this community. And hopefully, we see him follow through with those promises," he said.

Instead of talking about guns and gangs, Wilson said the conversation should focus on mental health, poverty, and racism, which he says are contributing factors to the ongoing problem.

"Nobody is born a gangster. They're created," Wilson, who is a former gang member, said. "And we need to stop creating gangsters. We need to surround them with love. They need opportunity."

He noted that the community is divided right now, and that needs to stop.

"We need our people to come together instead of being pitted against each other," Wilson said.

Jennifer Esposito, the founder of Change T.O., an outreach initiative that helps the community and educates the youth, echoed Wilson's sentiments, saying that the community needs to be united.

"The answer at the end of the day is love," Esposito said. "There is no love. They feel abandoned."

She said what happened to the innocent boy was heartbreaking.

She started her organization because she said there were no programs or community initiatives that offer a place where she could feel safe.

Esposito said Change T.O. was also created after a decade of attending the funerals of people she had lost to violence.

"And if the politicians the police officers can't do anything about it, then we will," Esposito said.

A GoFundMe has been set up to support the family.