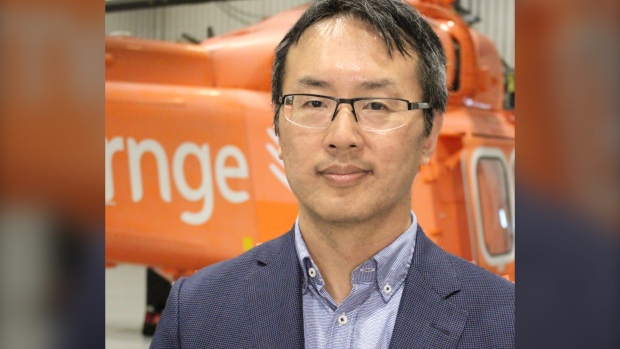 Dr. Homer Tien, the president and CEO of Ornge, is seen in this undated photo. (Ornge)

As Ontario moves to Phase 2 of its vaccine rollout, the Ford government has tapped the head of the province’s air ambulance service to lead its vaccine task force.

Dr. Homer Tien, the president and chief executive officer of Ornge, has been appointed as the new chair of Ontario’s COVID-19 vaccine distribution task force.

“Dr. Tien has been part of the Task Force since it was established and has worked closely with the province on leading Operation Remote Immunity. Operation Remote Immunity was instrumental in delivering and administering vaccines to 31 remote fly-ins First Nation communities in northern Ontario plus Moosonee,” a spokesperson for the Ministry of the Solicitor General said in a statement.

Tien was Ornge’s chief medical officer before he took the role of president and CEO on Jan. 2020. Prior to that, he was a trauma director at Sunnybrook Hospital. Tien also served as a trauma surgeon and the chief of military medical and surgical specialties in the Canadian Forces.

Tien replaces Ret. Gen. Rick Hillier, whose appointment ended in March. Hiller was named as the task force’s chair in November to set up an immunization plan for the province ahead of the approval of COVID-19 vaccines.

“General Hillier was tasked with overseeing the development of Ontario’s vaccine rollout plan and associated infrastructure. The plan and infrastructure are now in place, and the province is administering more and more vaccines each day. We are grateful for his leadership and guidance in getting us this far,” the ministry said.

Before stepping down, Hillier reiterated his belief that every resident in Ontario will receive a shot by the first day of summer.

“I told the premier I am a call away if he needs anything more, but I don’t believe he will. We have the leadership in place, they will deliver on the vaccination rollout from here on in, and I still believe that by the first day of summer, given the delivery of the vaccines, we will have a needle in the arm of every eligible person in Ontario who wants one,” he said.

There are growing calls for the province to retool its vaccine priority list to focus on COVID-19 hot spots and at-risk workers. Vaccination of those in Phase 2, which includes essential workers who cannot work from home, began this month, but shots have primarily still been aimed at the general population, ages 60 and up.

“We should be queuing up essential workers, and we’re not doing that,” said University of Toronto epidemiologist Dr. Colin Furness.

Over two million vaccines have been administered in the province so far.

- with files from Chris Herhalt