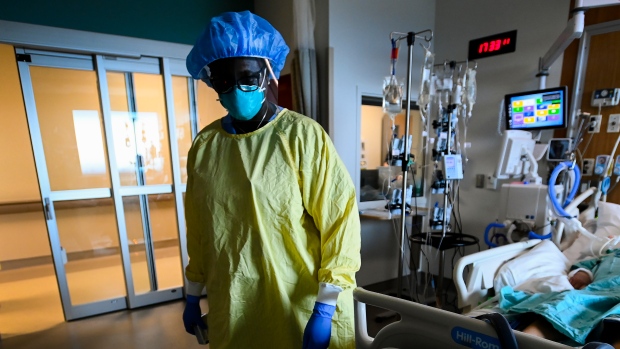 Health Minister Christine Elliott says that “it appears” that Ontario will not need to resort to formally invoking a triage protocol which could have resulted in some of the oldest and sickest patients not receiving the highest level of care available.

The protocol, which was developed in January, states that patients who are expected to live 12 months or longer post treatment should be given the greatest amount of care and attention in scenarios where health-care resources are exhausted.

While it has never formally been invoked in Ontario, concerns grew in recent weeks that it would be necessary amid an exponential increase in the number of COVID patients receiving treatment in intensive care.

Elliot, however, told CP24 on Tuesday that it now appears as though Ontario has avoided that worst case scenario.

“That's something that has not been activated in Ontario and fortunately from what medical experts have been saying it appears we won’t need it, which is very good news for everyone,” she said.

The number of patients with COVID-19 in the ICU currently stands at 886 but it has been flat for the better part of the last week, providing a glimmer of hope that overwhelmed hospitals could eventually get some relief.

Elliot told CP24 that intensive care numbers are “lagging indicators” to some extent but she expressed confidence that the number could begin to decline in a “week or so” in delayed lockstep with case counts that already appear to be on their way down.

“It (the daily case count) is under 3,000 today (2,791) and that's a good sign. I'm not sure we can say that’s a trend yet but the numbers going down is a good indication that the stay-at-home order that we put into place two weeks ago is having some effect,” she said.

While ICU numbers appear to have plateaued, COVID-19 patients still fill more than a third of all available beds in the province.

Modelling released last week also suggested that the number will remain high enough to prevent the province from resuming elective procedures for the foreseeable future.

There is already a backlog of about 250,000 procedures in Ontario due to the rationing of care during the pandemic.