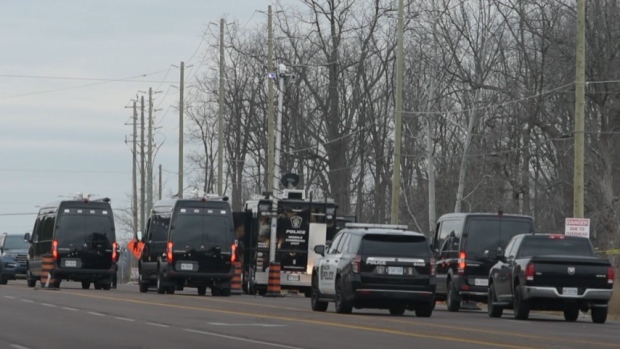 Halton Regional police are investigating a death which they have described as "suspicious" in Burlington's east end. (Halton Regional Police Service)

Police in Burlington say the homicide unit is investigating after a body was discovered inside a vehicle following a fire early Sunday morning.

Emergency crews responded to the blaze near Dundas Street and Tremaine Road in the city’s east end at approximately 3:30 a.m., according to Halton police.

Once the fire was extinguished, police said, the body of a deceased person was discovered inside the vehicle.

Police said the circumstances surrounding the incident are “suspicious” and the homicide unit has since taken carriage of the investigation.

At this time, the deceased person has not been identified and the vehicle will be sent for further forensic investigation, police said. 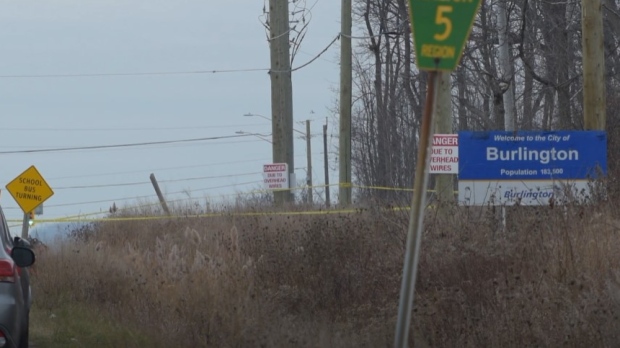 Investigators are looking to speak with anyone who may have witnessed the fire or travelled near Dundas Street between Bronte Road and Appleby Line.

Anonymous tips can also be made through Crime Stoppers.