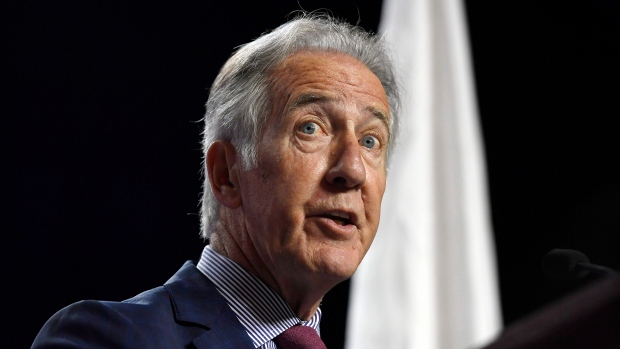 OTTAWA - An influential American lawmaker is in Ottawa today for meetings with the Trudeau Liberals on the push to ratify the new North American free trade deal.

Richard Neal, chairman of the U.S. House of Representatives ways and means committee, will play a key role in bringing ratification of the new United States-Mexico-Canada-Agreement to the floor of Congress for final legal approval.

Only Mexico has ratified the deal, and Canada will only move forward if the U.S. makes the first move.

The agreement was formally signed by the leaders of Canada, the U.S. and Mexico almost one year ago.

The Democrats later won a majority in the House of Representatives, the lower chamber of Congress, and control the timing of a ratification vote.

For several months the Democrats have been trying to negotiate changes with Donald Trump's trade czar, Robert Lighthizer, to it's provisions on labour, environment, patent protection for drugs and enforcement.