Huawei had plane waiting to whisk CFO away after extradition judgment in May, court hears 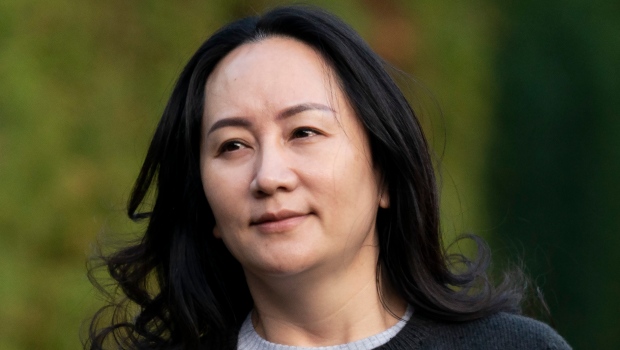 Jan 12 (Reuters) - Huawei Technologies had a plane waiting to take Chief Financial Officer Meng Wanzhou back to China from Vancouver as a key verdict in her extradition case was to be handed down last May, prosecutors said in a Canadian court on Tuesday.

Meng, 48, has been fighting extradition from Canada to the United States since her arrest at Vancouver International Airport over two years ago. She has been charged with bank fraud for allegedly misleading HSBC on Huawei's business dealings in Iran, causing the bank to break U.S. sanctions.

In May, a Canadian judge sided with prosecutors representing the Canadian government on a key component of Meng's case, allowing her extradition hearing to continue. That ruling supported the prosecutors' case that Meng's alleged actions were illegal in both Canada and the United States and therefore met the standard of double criminality.

Before the ruling was announced, Huawei chartered a 777 Boeing from China Southern Airlines ready to take Meng back to China, should the decision on double criminality come down in her favor, prosecutor John Gibb-Carsley said during a bail variation application hearing on Tuesday.

The move was revealed during Gibb Carsley's cross-examination of Meng's husband, Liu Xiaozong, as Huawei lawyers sought to loosen her bail conditions and drop the security detail that monitors her constantly.

"Are you aware ... there were arrangements made to take your wife, Ms. Meng, back to China if she was successful in a court decision?" Gibb-Carsley asked.

Liu said he was.

"Are you aware that members of the Chinese consulate were also involved in making arrangements for that flight being chartered?" Gibb-Carsley said.

Meng's bail hearing is scheduled to finish on Wednesday. Arguments in her case are set to wrap up in May. (Reporting by Moira Warburton in Toronto; editing by Richard Pullin)