Members of the Indigenous community in the Niagara region held a protest Sunday at the US-Canada border bridge in Niagara Falls to show their support to the Wet'suwet' en hereditary chiefs and their ongoing fight against a pipeline construction.

The protest started around 2 p.m. at the intersection of Highway 420 and Stanley Avenue. The group then walked up to the Rainbow International Bridge, disrupting traffic in the busy border crossing. 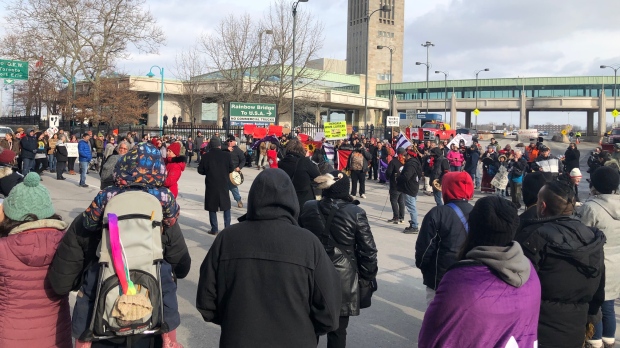 Sean Vanderklis, one of the protest organizers, told CTV News Toronto that the protest is aimed to send a message to Canadian government that they can't trample on their rights and impose injunctions without proper consultation.

“Get back to the table and properly negotiate with Wet’suwet’en people,” he said. “We want the freedom to choose."

He said they chose to protest at the border crossing to assert that they are capble of doing what the government and the police are doing to their territories.

Protesters carried signs condemning the building of the pipeline on unceded land. Several dignitaries also spoke at the demonstration. 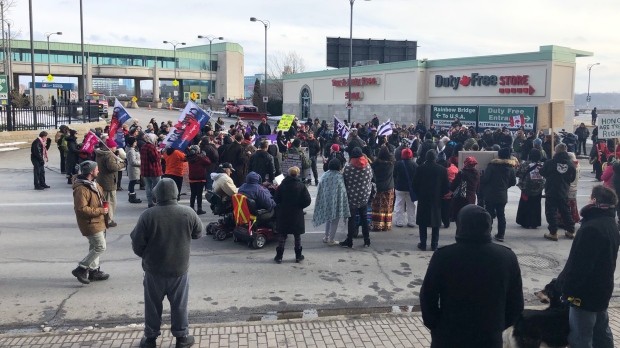 Sunday's protest is the latest addition to a number of anti-pipeline demonstrations that have erupted across the country after the Royal Canadian Mounted Police enforced an injunction earlier this month to give Coastal GasLink access to a worksite for the pipeline.

Coastal GasLink has signed agreements with all 20 elected band councils along the pipeline route. However, Wet 'suwet' en hereditary chiefs assert title to a vast 22,000-square-kilometre area and say band councils only have authority over reserve lands.

More than two dozen protesters have been arrested for refusing to obey it.

On Saturday, hundreds temporarily blocked trains going west at the Macmillan Yard in Vaughan on Saturday in solidarity of the supporters of the Wet'suwet' en. 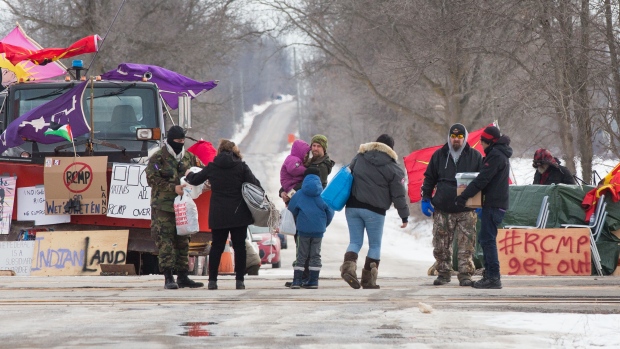 A blockade near Belleville continues the day after federal Indigenous Services Minister Marc Miller met with the members of the Tyendinaga Mohawk.

"Tonight, we made some modest progress by opening up a dialogue with the people standing out there in the cold and doing so for eight or nine days," Miller said following hours of talks. "We talked openly, frankly, painfully at times, and sometimes with humour. There's a lot more work to be done."