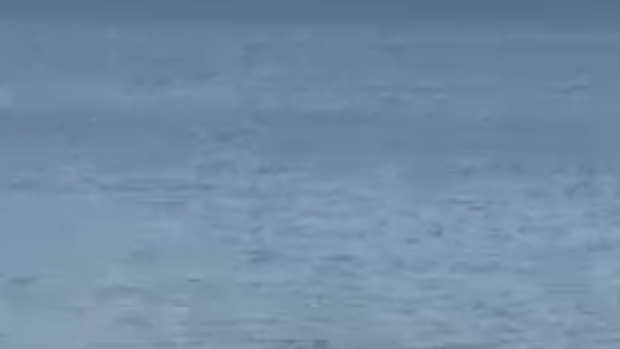 Wilson, and his son-in-law, Ernie Dalton, have seen the damage a hurricane can do; especially when it comes to their dock. "Over the years, we've had problems with losing pieces of our wharf," says Dalton, who says staying ahead of the storm by preparing is crucial.

HALIFAX - Environment Canada is warning residents of Atlantic Canada to be wary of a one-two punch from hurricane Teddy, which will likely transition into a post-tropical storm by the time its outer bands begin lashing Nova Scotia on Tuesday afternoon.

The Canadian Hurricane Centre's top meteorologist said Monday the storm will churn out powerful winds, heavy rain and pounding surf along Nova Scotia's Atlantic coast into Tuesday evening. But Bob Robichaud said there will be a distinct lull in the action before the storm roars back to life on Wednesday afternoon.

“It's not until later Wednesday that we're going to see conditions pick up again,” he told a media briefing in Halifax. “But all of this will depend on where the exact track of the system is going to be on Wednesday.”

“The storm is going to get bigger south of Atlantic Canada,” he said. “It should pack a significant punch in the evening hours.”

Teddy's expected track now encompasses an area west of Halifax to just beyond the east coast of Cape Breton, and then stretches over eastern P.E.I. and the western half of Newfoundland.

“The centre of Teddy is only going to approach the coast of Nova Scotia later on Wednesday afternoon,” Robichaud said, noting that the storm had slowed its progress near Bermuda on Monday afternoon. “The main message at the point is to keep a close eye on the weather forecast over the next 48 to 72 hours.”

As of late Monday afternoon, tropical storm warnings had been issued for much of Nova Scotia. Along the province's Atlantic coast, Teddy was expected to produce gusts ranging between 65 and 100 kilometres per hour from noon on Tuesday until late Wednesday, though there will likely be a break Wednesday morning.

“These winds could break tree branches resulting in downed utility lines,” Environment Canada said in a statement. “Stay away from the shore. The combination of surge and large waves could result in dangerous rip currents and the risk of being pulled out to sea.”

On the left side of the storm, some areas could get between 50 and 100 millimetres of rain.

Environment Canada has also issued storm surge warnings for Nova Scotia's Atlantic coast, saying the storm will push big waves into the area on Tuesday. Maximum wave heights are expected to reach seven to nine metres from Shelburne County east to Guysborough. In the Halifax area, high tide will come at noon on Tuesday and peak again at midnight.

“There definitely could be ... significant coastal flooding,” Robichaud said.

However, the latest forecasts indicate Teddy will not be as large or as powerful as post-tropical storm Dorian, which roared ashore east of Halifax on Sept. 7, 2019.

As Dorian's gusts reached almost 150 kilometres per hour - approaching the power of a Category 2 hurricane - the huge storm pulled down power lines across the Maritimes. In Nova Scotia, outages were reported from one end of the province to the other, leaving 80 per cent of the homes and businesses in the province in the dark.

“When we're talking about the wind field, in terms of the size of the storm, we won't have those stronger winds spreading out from the centre of the storm as we did with Dorian,” Robichaud said.

“Dorian caused all that damage over a fairly wide area - not just in Nova Scotia but into southeastern New Brunswick, Prince Edward Island and the Magdalen Islands. We're not going to see quite that much damage over quite that large an area.”

Still, Teddy is no slouch.

Wave heights offshore are expected to reach up to 15 metres by late Tuesday.

By Monday afternoon, Teddy was southeast of Bermuda when it was downgraded to a Category 1 hurricane with winds reaching at least 119 kilometres per hour.

However, Robichaud said the storm was expected to temporarily grow stronger as it moved northward.