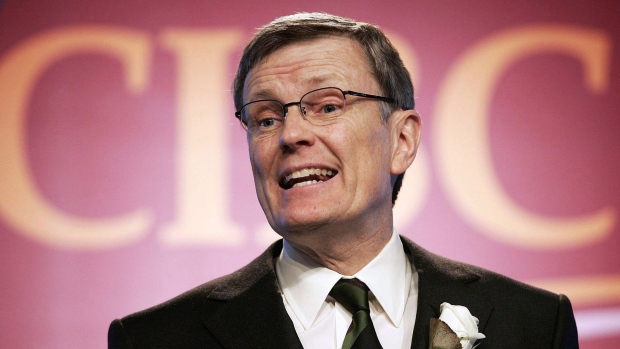 Tom Woods is seen in Quebec City on March 2, 2006. THE CANADIAN PRESS/Jacques Boissinot

TORONTO - Hydro One Ltd. says chairman Tom Woods is stepping down from its board of directors at the end of July.

Woods was among the 10 new directors named last year as replacements after for the company's previous board resigned amid pressure from Ontario's Progressive Conservative government.

The former CIBC executive helped lead Hydro One through several key milestones including the hiring of Mark Poweska as chief executive.

Woods says he is leaving with a sense of accomplishment knowing that the CEO and the board are now ready for the next steps in defining how they will serve the interests its of customers.