'I can't give you a precise number except to say it is rising:' Delta variant may make up nearly a quarter of Ontario's COVID-19 cases 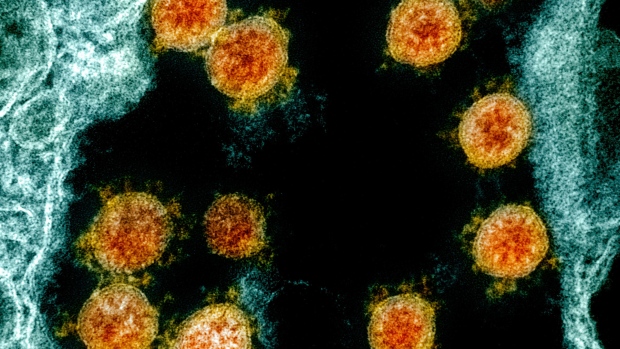 Public Health Ontario has only been able to confirm about 440 instances of the more infectious variant so far but because it has not designed a mass screening tool to easily detect cases and instead has to rely on conducting genomic sequencing on a limited number of samples, it is likely that some infections are slipping through the cracks.

On Wednesday the Ontario science advisory table updated its dashboard and estimated that the “Delta” variant now makes up about 23 per cent of Ontario’s cases.

Over the last seven days, that would translate into more than new 200 cases of the variant each day.

The revelation comes in the wake of Peel Region’s Medical Officer of Health Dr. Lawrence Loh telling reporters that the Delta variant could become the dominant strain in his community in one month “with the rest of Ontario weeks behind.”

“We're getting some data that shows it's fairly common in some areas but we're still trying to understand how it behaves,” Chief Medical Officer of Health Dr. David Williams said of the variant during a briefing on Thursday afternoon. “What is its severity? What is the hospitalization rate? What is its morbidity? And we understand that some with single dose vaccines, while they might be protected against severe consequences, it still allows transmission (with the new variant) so therefore we are moving up the pace to get ahead on the second doses.”

The Delta variant was first detected in Ontario in late April, weeks after it was blamed for a massive surge in cases and hospitalizations in India.

While much is still unknown about the strain, recent studies conducted in England have suggested that it is more transmissible than the B.1.1.7 variant that is currently dominant in Ontario and can cause more severe symptoms in younger adults.

Speaking with reporters, Williams conceded that Ontario is likely missing cases due to the “slow and laborious” process required for full genomic sequencing.

But he said that it is hard to know how many cases might be going undetected.

“I can't give you a precise number (of cases) except to say it is rising and we're seeing it more prominent in our large urban centers,” he said. 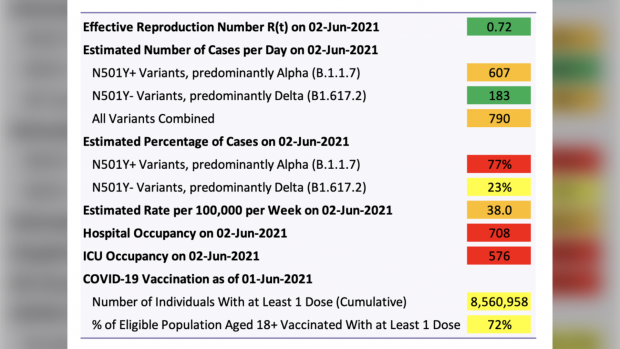 Dr. Peter Juni, the scientific director of the Ontario government's Science Advisory Table, told CTV News Channel earlier this week that the Delta variant is "probably about 50 per cent more transmissible than" B.1.1.7, which was the variant that drove Ontario’s third wave.

The variant has already spread to dozens of countries around the world and in the United Kingdom, where it was first detected in mid-April, officials now say that it likely accounts for 75 per cent of all new COVID-19 cases.

“The same rules of biology apply on both sides of the Atlantic. It is spreading here as well and it is outcompeting our other variants, mainly the B.1.1.7 variant,” infectious disease specialist Dr. Isaac Bogoch told CP24 on Thursday morning. “We have seen this play out before. We saw it when B.1.1.7 variant initially detected in the United Kingdom took hold in Canada and became the more dominant strain and now we are watching it again. But the big difference now is we are in the midst of a mass vaccine rollout and the best thing you can do in a situation like this is vaccinate as quickly as possible.”

There has been some research suggesting that the current COVID-19 vaccines are less effective against the Delta variant, though Bogoch said that it appears to be “predominantly spreading” in unvaccinated and partially vaccinated populations.

For that reason, he said that he continues to believe that Ontario “is in good shape” even if the strain eventually becomes dominant.

Nearly 70 per cent of Ontario adults have now received at least one dose of COVID-19 vaccine and the province has said that it hopes to have fully vaccinated everyone who wants to be by the end of the summer.

“Sometimes these are billed as races between the variant and the vaccine and we kept hearing that during for example the prior wave with B.1.1.7 but that variant was going to win every time. We just did not have that degree of vaccine coverage and community protection when that happened,” he said. “Now it is a completely different story. We are well ahead. We have vaccinated close to 70 per cent of the adult population in much of Ontario. There is a ways to go and certainly we have to gets second doses in but given the pace of vaccination and the uptake I think we are in good shape.”