'I had to fight them': Ont. boy with RSV almost taken to U.S. hospital amid pediatric ICU bed shortage

A two-year-old Ontario boy with RSV was almost transferred to a hospital south of the border in the midst of a provincial shortage of pediatric intensive care beds.

A month ago, in the middle of the night, she decided to take him to Oakville Trafalgar Memorial Hospital. Within 36 hours, Tyler’s case escalated to the point that doctors were not leaving his side as they scrambled to find him an intensive care unit (ICU) bed.

“His oxygen levels were so low they thought that the machine was actually broken,” Graham said.

RSV is a common respiratory virus that particularly affects young children. The infection has been steadily rising across Canada at a time when pediatric hospital beds are sparse.

After two rounds of phone calls to hospitals across the province, Tyler’s doctors were ready to send him to a hospital in Buffalo.

But at the last minute, an ICU bed became available 150 kilometres away at the Children's Hospital at London Health Sciences Centre.

For two weeks, Tyler was hooked to a ventilator at the London hospital. “It's really hard to watch your son get used to having oxygen in his face," Graham said. 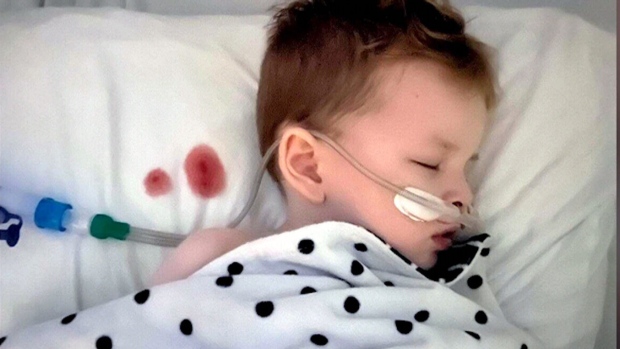 It was on his third birthday, Oct. 28, that he was discharged and sent home. “That was the first morning we had seen him without oxygen masks,” she added.

In response to Tyler’s story, Ontario Health Minister Sylvia Jones said on Thursday, “Let's be clear, that patient you're referring to actually did get care here in Ontario.”

For over a week now, Ontario’s pediatric ICUs have been operating over capacity.

Graham said it would have been “terrifying” if Tyler’s virus had spiked now in the current state pediatric hospitals are in.

“To think if I went into a hospital in the state that it was … I had to fight them, so I can't even imagine what's happening right now.” 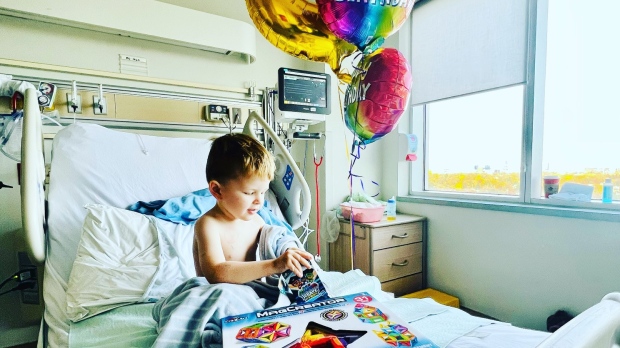 A week ago, 122 children in Ontario were seeking intensive care – 10 patients over the province’s capacity. A day later, on Nov. 11, Toronto’s Hospital for Sick Children said their ICU had been 127 per cent over capacity for several days.

On Thursday, 114 children were in provincial ICUs – two patients over capacity.

Jones said the province recently boosted their pediatric capacity by 30 per cent.

However, Critical Care Services Ontario’s daily census shows pediatric bed capacity has remained unchanged since last month when three beds were added across the entire province, bringing the total to 112.

Before that, the most recent pediatric ICU capacity expansion took place on July 26 when four beds were added.

Two-year-old Tyler is seen at an Ontario hospital where he was treated for RSV (Keri Graham).