If approved, saliva-based COVID-19 tests could be helpful as kids return to school, Toronto's associate medical officer of health says 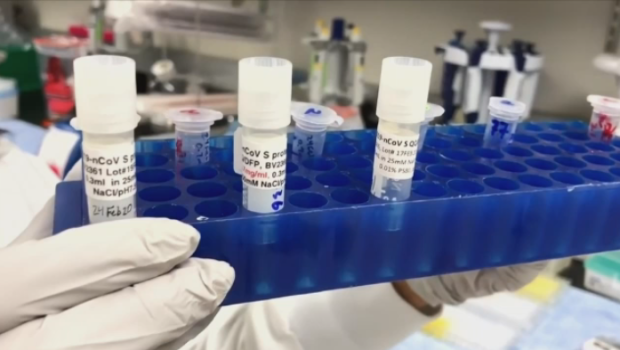 Saliva-based COVID-19 testing may soon be available in Canada, a move Toronto’s associate medical officer of health says could come in handy when students return to the classroom next month.

The Federal Drug Administration in the U.S. recently approved a new COVID-19 test that uses saliva collection over the traditional nasopharyngeal swabs and Dr. Vinita Dubey, the city’s associate medical officer of health, said Toronto Public Health believes similar testing could be available in this country in the “near future.”

“Toronto Public Health has certainly made a recommendation to our provincial colleagues and federal colleagues for the consideration of saliva-based testing,” she said during a news conference at city hall on Wednesday.

“We actually know that some of those samples have even been collected in Toronto because Major League Baseball has used it and so the Blue Jays have actually collected samples that way and sent them for testing.”

She noted that this type of test would make testing easier to facilitate and would encourage more people to get tested for the virus.

“If we can have some sort of saliva-based collection, we feel that it will be more acceptable and easier to do for especially students and their families as we are heading back to school. We recognize that the salvia-based testing has less of a sensitivity in its characteristics of being able to produce a positive but (it has) some benefits in its ease of use,” she said.

“We know that for children, doing a classic nasopharyngeal swab is very difficult to collect and we know that parents have often declined testing because they don’t want their child to have that test.”

“The current tests are good, they work well. But of course we know, anyone whose had a test knows, that it involves a swab… stuck in the very back of your nose or in the back of your throat. I can’t look anyone in the eye and tell them with a straight face that that's comfortable because it isn’t,” he said.

“If you can just have people literally spit in a cup and walk away, I think we’d be able to certainly expand diagnostic testing. We could do lots of other things as well, for example, you could pool diagnostic tests if you wanted to screen a number of people at the same time. It just lowers the barriers to diagnostic testing and increases the capabilities for what you can actually do.”

He noted that the tests would still require a lab for processing as at-home, rapid point-of-care tests for COVID-19 are still in development.

“Even though it might take less time to process (and) it might cost less money to process, it still requires some processing,” he said.

Bogoch added that while not currently approved in Canada, the test would be particularly useful as children go back to school in the coming weeks.