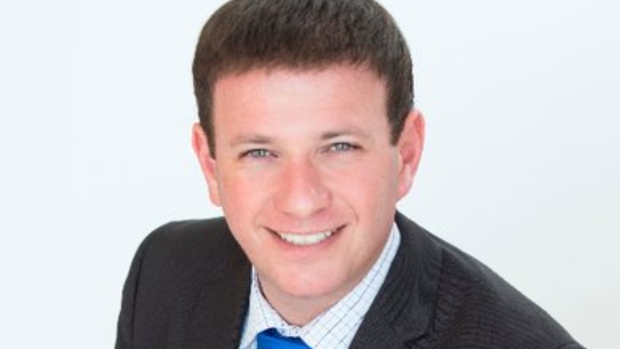 OTTAWA - An independent Ontario legislator, who rose to prominence for speaking out against COVID-19 lockdowns, says he will run for Conservative leadership.

Roman Baber will launch his campaign Wednesday evening, and says he considers himself to be the underdog in the party's contest, competing against well-known federal Conservatives like Pierre Poilievre and Leslyn Lewis.

Baber sits as an Independent MPP for the Toronto riding of York Centre after Ontario Premier Doug Ford booted him from his Progressive Conservative government in January 2021 over publicly calling for an end to the lockdown that was in place at the time to stem the spread of COVID-19.

He was also barred from running for the party in Ontario's election in June.

Both Poilievre and Lewis have been opposing vaccination mandates and health restrictions that shutter businesses and force residents to stay inside, but Baber says what sets him apart is the fact he did so first.

“I don't believe there's anyone in the race who was willing to speak out against lockdowns or vaccine passports until recently,” he told The Canadian Press.

Baber says he supports “voluntary vaccination” and is fully immunized, but has not received his third booster dose.

Mandatory vaccination policies were a source of tension between former Conservative leader Erin O'Toole and some members of his caucus, as well as party supporters.

O'Toole tried to strike a balance between promoting vaccination against COVID-19, while also saying he respects people's ability to control their own health choices.

That position exposed him to criticism from fellow Conservatives who wanted him to more forcefully defend the rights of people to remain unvaccinated while others, including the federal Liberals, slammed him for not being able to say if all 118 of his MPs were double-dosed.

Baber says he believes lockdowns will be remembered as a failure of public policy and sees the pandemic response as tied to “cancel culture and political correctness.”

As an immigrant born in the former Soviet Union who moved to Canada at 15, he says he wants to stand up to cancel culture and “restore Canada's democracy,” which in his view “has been somewhat eroded, with censorship, with mandates, with invocation of the Emergencies Act.”

In terms of mounting a campaign, Baber expressed confidence in being able to pay the $300,000 required by the party to enter the race and was finalizing a campaign team.

When it comes to growing the party, which it must do in areas such as the Greater Toronto Area if it hopes to form government, Baber says as an urban representative he feels Conservatives should talk more about transit, housing and health care.

And as for what kind of conservative he considers himself to be, Baber says he's a “democratic conservative.”

“I believe that we must commit to respect basic democracy and to the difference of opinion within our own Conservative party - and I speak from experience.”

This report by The Canadian Press was first published March 9, 2022.