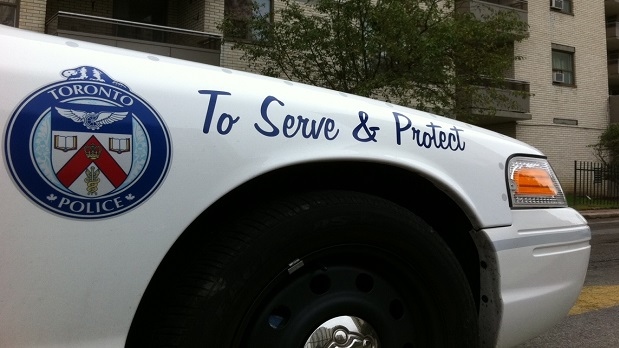 Toronto police have arrested a mom who was allegedly heavily intoxicated with her three-year-old and two-month old in the car when she was involved in a three-car crash in Scarborough on Saturday.

They arrived to find the driver of one vehicle allegedly heavily intoxicated behind the wheel, with her two children in the vehicle.

Hopkinson described her level of intoxication as allegedly being far above what is considered impaired.

She was arrested at the scene.

Her three-year-old and two-month old were taken to a "safe place," police said.

Hopkinson said her children will be taken to be cared for by a suitable family member. If one cannot be found, they will be placed in the care of child services.

The mother will likely spend the night in custody.

Kennedy Road was closed for a period of time to allow for cleanup.