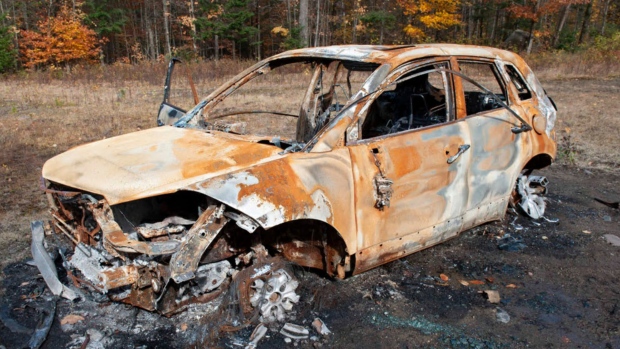 A burned-out Acura SUV belonging to Helen Sedo is seen north of Huntsville in a police handout image. (YRP)

Police have found the burned-out hulk of a car belonging to a 61-year-old Aurora woman believed to have been murdered by her husband.

Helen Sedo was last seen near her home on Treegrove Circle in Aurora on July 29.

Police have said repeatedly they believe she is dead. 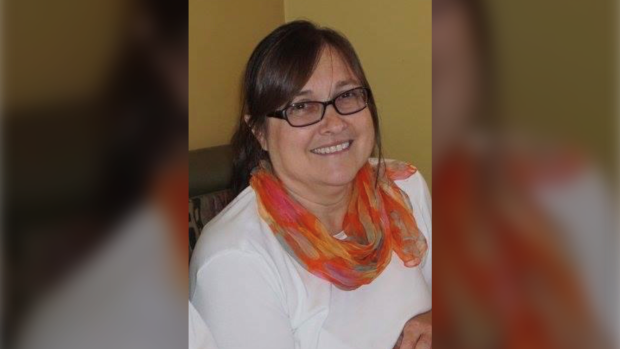 On Sept. 23, her husband, John Sedo, 61, was arrested and charged with second-degree murder in relation to her death.

Her body has not yet been located. None of the allegations against John Sedo have been proven in court.

News reports from the region indicate the area where the wreck was found is not impassable by car. 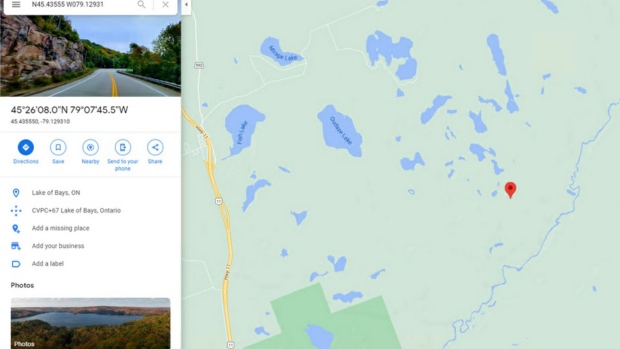 Earlier in the investigation, police released surveillance camera images of Sedo on the day she was last seen, in a bid to draw out witnesses who could tell them about his activities that day.

Neighbours told CTV News Toronto that Helen Sedo was a nice woman and a courteous neighbour.