Judges on Twitter? Ethical guidance for those on the bench under review 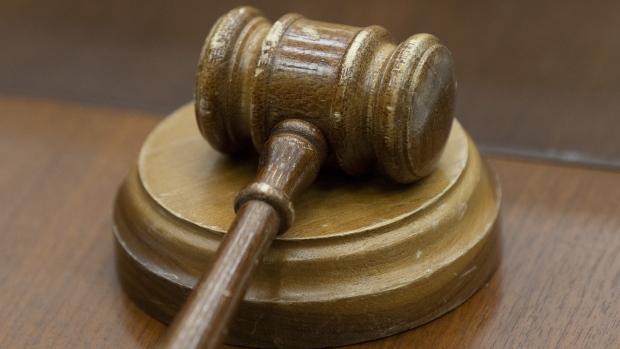 A gavel sits on a desk before the a meeting of the House Justice and Human Rights Committee in Ottawa, Wednesday February 13, 2019. THE CANADIAN PRESS/Adrian Wyld

TORONTO - Whether Canadian judges should be active on Twitter, Facebook or other social media and what involvement they should have in community life are among issues under a review that aims to modernize ethical guidance for those on the bench.

As part of the first such update in 20 years, the body that regulates judicial conduct has launched consultations as a way to gauge public sentiment on acceptable conduct for federally appointed judges as it seeks to update and streamline its guide: “Ethical Principles for Judges.”

“As society evolves, so do the ethical issues that judges sometimes face,” Chief Justice Richard Wagner said in a statement.

While bedrock principles for judges such as integrity, independence and impartiality are not up for debate, the review focuses on six themes - some new, some in need of updating: Social media, public engagement, post-retirement, self-represented litigants, case management, settlement conferences and judicial mediation, and professional development.

“The work of judges has changed. Society has evolved. New and emerging ethical questions are before us,” the Canadian Judicial Council says in a background paper. “Reflecting this changing environment, council is reviewing the current ethical principles to ensure they continue to provide guidance for judges in a manner that reflects evolving public expectations.”

Public feedback is requested by way of an online survey in which respondents are asked to agree or disagree with a series of statements such as: “Judges should not identify themselves as judges on social media” or “Judges should not use social media to 'like,' 'friend' or 'share' about matters that could come before the courts, generate negative debates (political or others) or be the subject of controversy.”

Underlying many of the questions is to what extent judges should be socially reclusive and whether it's fair or even desirable to demand a judiciary that is isolated and aloof from the kind of active if ordinary social engagement most Canadians take for granted.

“Judges, of course, have private lives and should enjoy, as much as possible, the rights and freedoms of citizens generally,” the guide states. “Moreover, an out of touch judge is less likely to be effective.”

The current document makes it clear that its aim is to provide ethical guidance and “shall not be used as a code or a list of prohibited behaviours.”

However, breaches could lead to disciplinary consequences under the Judges Act, up to and including the rare step of being forced from the bench. In November, for example, the council rapped a well respected Ontario Superior Court justice for accepting a temporary dean's posting at an Indigenous law school - the kind of dilemma the revised guide should help to resolve. The matter, still before the courts, provoked angry criticism of the judicial council itself.

Mixing personal and public interests can also backfire, such as in the case of Frank Newbould, who resigned as a judge under a cloud over his participation at a community meeting to consider a land-claim settlement in an area in which he had a cottage.

“To an increasing degree, judges engage with the wider community to inform and educate the public about the role of the judiciary in maintaining the rule of law, and to participate in opportunities that allow them to become better informed about the communities they serve,” the council says in its background paper. “This theme considers the ethical challenges that this engagement presents.”

One emerging area of concern is the growing number of judges who return to law practice after retirement from the bench. That raises questions about whether they should be allowed to pursue job opportunities before retiring, or use their former position to further a post-bench business career. Another survey question asks respondents to express views on the statement: “In general, former judges should not argue a case or appear in court.”

The internet age also makes it easy for judges, like anyone else, to access information online, raising the question of whether they should avoid looking for material relevant to a matter before them.