'Kidnapping' in Brampton turns out to be men filming movie scene: police 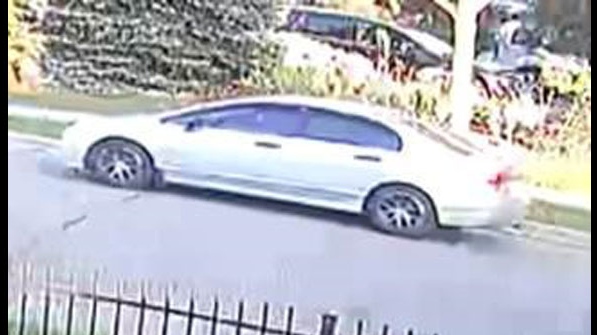 Peel police launched an investigation after a video surfaced showing two suspects grabbing and throwing an unidentified male into the trunk of a vehicle in Brampton Saturday night.

Peel police say the alleged kidnapping incident in Brampton has been confirmed as a group of men attempting to film a movie scene.

Police launched an investigation after a video surfaced showing two suspects grabbing and throwing an unidentified male into the trunk of a vehicle in Brampton on Saturday night.

Police said the male victim was walking on a catwalk to the east of Larkspur Public School and headed towards Field Thistle Drive at around 6:10 p.m. when the incident happened.

The surveillance video, police said, showed a silver Honda Civic following the male along the road. The vehicle then drove past the male and made a U-turn, at which point two of the four males inside got out and grabbed the male before pushing him into the truck.

The vehicle then proceeded to drive westbound on Larkspur Road, and then southbound on Dandelion Road, police said.

The last confirmed sighting of the suspect vehicle was on Dandelion Road at Cordgrass Crescent in Brampton.

Sgt. Bancroft Wright told CP24 earlier that police began their investigation after people in the area saw what was believed to be a kidnapping and called it in.

"Naturally, we have taken it as a very serious matter. I know there are times when individuals will go out and do their own video-type production and so on, but this was broad daylight," Wright said. "The number one priority, of course, is the victim. We would like to identify that individual, and if anyone recognizes the individual from the images that we have, they should contact our office."

Police said they were later able to locate and identify the individuals in the video.

"The involved participants were interviewed, and police are satisfied that this was not a kidnapping incident but in fact, a group of males attempting to simulate a movie type scene," police said in a press release.