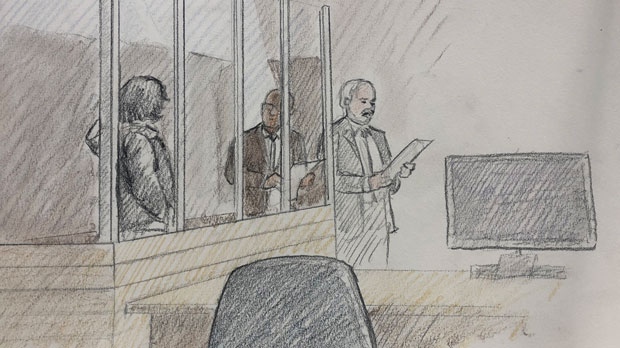 A suspect, who cannot be identified under the Youth Criminal Justice Act, appears in court in connection with a terror investigation in Kingston on Friday, Jan. 25, 2019.

OTTAWA -- A youth arrested and charged last year in connection with an alleged terrorism plot is in hospital.

The youth was supposed to appear in court Tuesday.

But the proceedings have now been delayed as youth was not able to either dial in or appear via video link.

His lawyer was unable to provide more information on the youth's condition but is expected to update the court on July 7 as to when the matter might be able to resume.

The youth was charged in January 2019 after a Canadian police investigation sparked by a tip from the FBI.

At the time, police said no actual device was ever planted in the alleged plot, no target was identified and no time had been chosen.

But they said there was an “attack plan” that needed to be disrupted.

A strict publication ban on the details around the multiple charges the youth faces has been imposed by the court, and the individual cannot be identified under provisions of the Youth Criminal Justice Act.