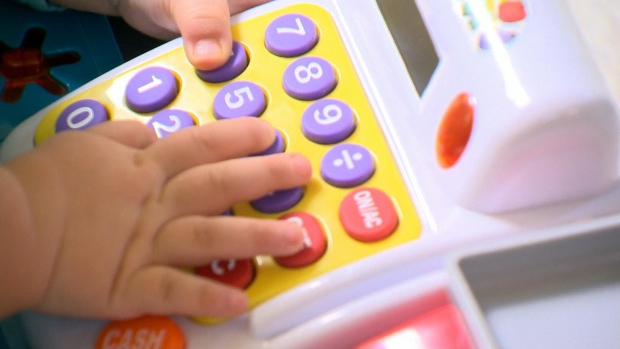 A Toronto physician fellow training to work in the city’s intensive care units says she cannot fully immerse herself in the fight against COVID-19 because the emergency childcare promised by the province is not yet available.

Dr. Amanda Formosa works in critical care settings across Toronto and frequently serves as a COVID-19 vaccinator in the Scarborough Health Network.

When it was announced that schools would be remote for the first half of January, she expected emergency childcare would be ready for the first day of school, as it was during last January’s Alpha wave.

But after phoning several daycares in the city that offered emergency childcare last year, she found none were offering any new spots for her one-year-old.

“I have called like five of them,” she told CP24. “I thought there would be some sort of coverage for this. It’s almost Friday and the emergency daycares aren’t even aware. By the time they have this implemented the schools are going to be coming back.”

Formosa says she is contacted by hospitals “every day” seeking her services in their intensive care units, sometimes at odd hours.

But today, she spent much of the day at home.

She said she understands the difficulties presented by Omicron and the rapid changes happening to contain its spread, but a promise is a promise.

Several other CP24 viewers said they called around Toronto to childcare centres that served as emergency facilities in previous waves and none were yet aware of the latest effort.

A spokesperson for the City of Toronto said that emergency daycare spots would be open by Jan. 10, and that parents could access information about the service on the city’s website as soon as tomorrow.

Ontario’s Ministry of Education, which published a long list of occupations eligible for childcare, reiterated it would begin on Jan. 10.

“I don’t understand how that’s possible if the daycares themselves don’t even know about it,” Formosa said.

Formosa said it’s not just her waiting to see if childcare will be available, there are great many of her hospital colleagues in the same boat.

“I am sure there are nurses, there are the people who sanitize the hospitals, there are definitely some of them who need childcare as well.”