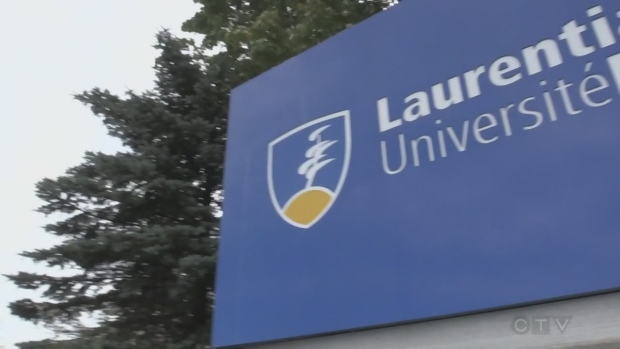 SUDBURY, Ont. - A northern Ontario university is filing for creditor protection amid “unprecedented” financial challenges, as the province warned it may introduce legislation granting it greater oversight of every university's finances.

Laurentian University's president said Monday the Sudbury, Ont., school is insolvent after a decade of financial strain from issues that predate the pandemic, like population decline in the region.

Robert Hache said in a statement that Laurentian has started court proceedings under the federal Companies' Creditors Arrangement Act, but the proceedings won't affect day-to-day operations at the school.

“We are facing unprecedented financial challenges and our financial health is currently amongst the weakest in the province compared to other universities,” Hache said. “We intend to change that.”

Hache said a number of factors led to the situation, including historical recurring deficits, declining northern Ontario demographics and the 2019 closure of the school's campus in Barrie, Ont.

He also said the Progressive Conservative government's decision to reduce and freeze tuition fees in 2019 and the costs and impacts of the global pandemic have played a role.

“This is a problem that can and will be addressed if all stakeholders work together to implement a vision for Laurentian that includes more financially sustainable operations,” he said.

Ontario's minister of universities said the situation is concerning and that the government has appointed an adviser to support the institution.

Ross Romano said the government will also be “exploring its options,” which could include introducing legislation to ensure it has greater oversight of all universities' finances.

“The government wants to ensure this issue does not repeat itself in other institutions in the post-secondary educational sector,” he said in a statement.

NDP colleges and universities critic Laura Mae Lindo and Sudbury legislator Jamie West issued a joint statement Monday criticizing the government for failing to step in and provide more help for the school.

“It's appalling that (the) minister ... chose to devalue (Laurentian's) achievements, minimize the devastating impact of COVID-19, refuse to recognize decades of underfunding and respond to this distressing situation with a threat to put university finances under government oversight powers,” they said.

This report by The Canadian Press was first published Feb. 1, 2021.