Lawyer struck and killed by U-Haul in Midtown parking garage was victim of 'targeted' homicide: police

A commercial litigator who was struck and killed by a U-Haul truck in an underground parking garage in Midtown Toronto on Friday evening was the victim of a “targeted” homicide, Toronto police say.

According to investigators, 52-year-old Scott Rosen had finished work for the day at his law firm in the area of Eglinton Avenue and Mount Pleasant Road at around 5:30 p.m. when he was struck by the driver of a rented U-Haul truck in the building’s underground parking garage.

The driver of the vehicle took off and Rosen was later pronounced dead at the scene. 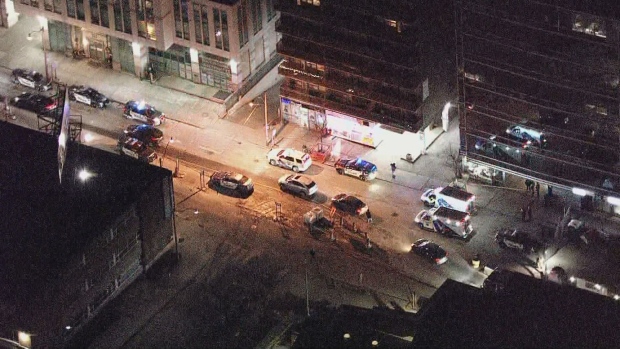 Det.-Sgt. Ted Lioumanis told reporters Monday that the suspect had been waiting for Rosen in the parking garage for some time before the homicide.

The U-Haul was recovered later that night in the area of Bathurst and Dundas streets but police have not yet determined who was driving the vehicle.

“We do have the vehicle in question. That is being forensically examined right now,” Lioumanis told reporters on Monday afternoon. “We had and we still continue to have witnesses coming forward. We've got many, many businesses that have come forward with their video.”

He said investigators have not yet determined a motive for the deadly attack.

“It is very disturbing to say the least. From my understanding, Mr. Rosen was a very good lawyer. Very on the up and up. I was advised that he took pride in his work.”

He added that so far, police have not found evidence to suggest that the victim received any threats prior to the murder.

“The family is obviously distraught, very distraught,” the detective said. “I couldn't imagine what they are going through at this time, especially the time of year right now, leading up to Christmas.”

Police are asking witnesses who have not yet come forward and anyone with video footage of the area to contact investigators.