The Toronto Maple Leafs took part in an outdoor practice for fans at the rink at Nathan Phillips Square this afternoon.

For just the second time, the team skated on the public rink and played a three on three scrimmage on Thursday. 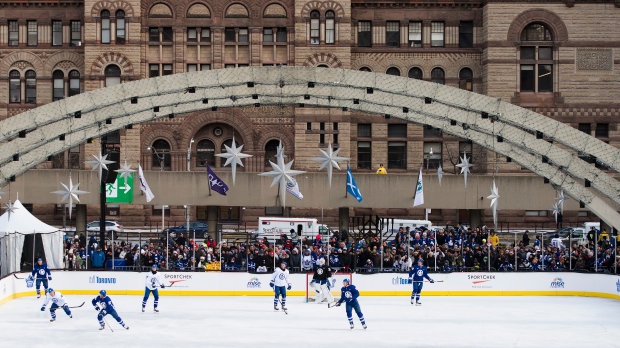 Last year, the team got on the Toronto subway in full gear, including their skates, to arrive at the downtown rink.

They did the same on Thursday, with players and a considerable cadre of press packing onto the Red Rocket to the Eaton Centre and across Bay Street to the rink. 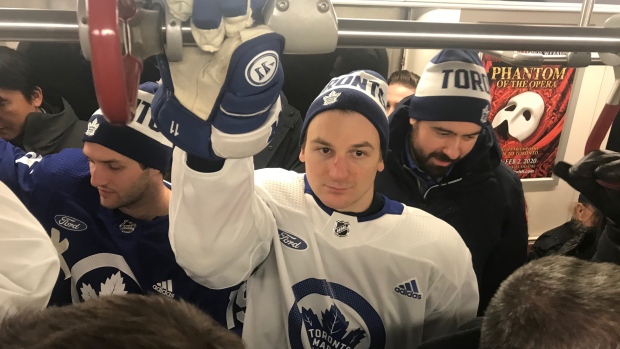 “It’s great to be in the mayor’s backyard rink for a second year in a row,” Maple Leaf Sports & Entertainment spokesperson Mike Bartlett said, adding the team has “a few tricks up their sleeves” for their arrival this year.

“I don’t know yet, or I do know but I’m not allowed to say yet,” Bartlett jokingly said at the rink on Thursday morning. 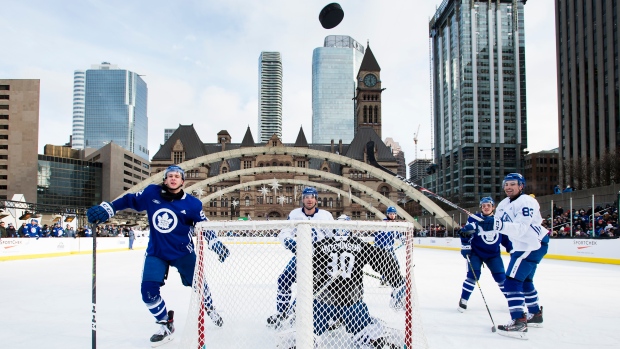 He said the planning to make these events possible took months.

The square is set for our annual @MapleLeafs outdoor practice. Join me and your favourite @MapleLeafs at noon in Nathan Phillips Square for an afternoon filled with fun. Hope to see you all there to cheer on our boys in blue! #LeafsForever pic.twitter.com/x7qHsCpbq3

As the team made its way to the Square on the subway Thursday morning, several thousand fans could be seen surounding the rink, which had temporary boards and stands erected around it for the event. 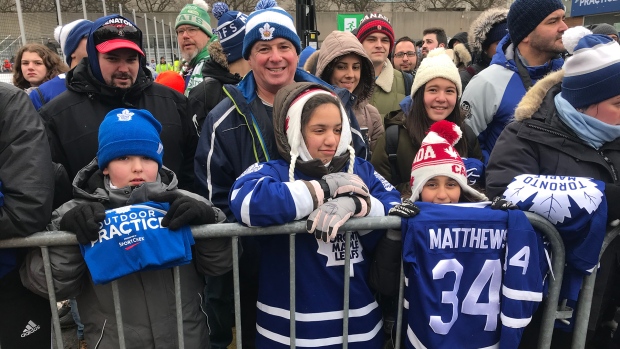 “We’ve got great viewing options all around the square so if you don’t necessarily get right up in front of the rink boards then we’ve got screen set up all around the space,” Bartlett said.

Following today’s events, first responders from across the city, including police officers, firefighters and paramedics, will take part in a game on Friday coached by several alumni of the Maple Leafs.

Then, on Saturday, the Professional Women’s Hockey Players Association is scheduled to conduct its skills competition at Nathan Phillips Square.

The weekend of events is set to conclude on Sunday with an outdoor alumni classic game with teams led by Leafs legends Wendel Clark and Doug Gilmour. 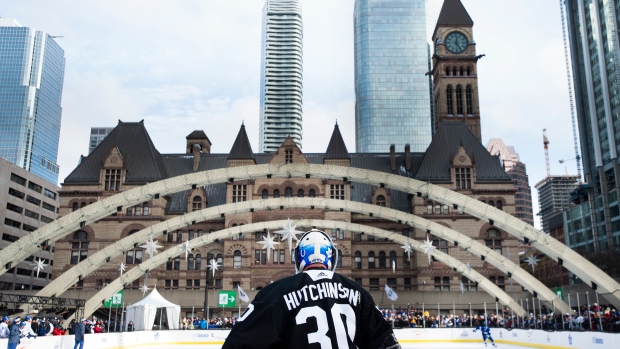