LGBTQ advocates fear monkeypox stigma could 'spread like a virus' 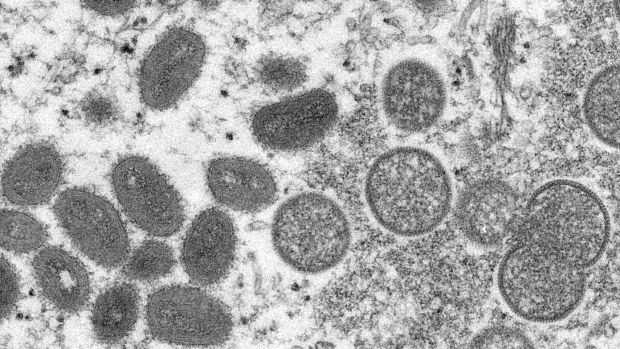 Advocates warn that stigma could pose a public health threat as a cluster of monkeypox cases stokes concern in the queer community.

Health authorities are investigating more than two dozen confirmed monkeypox cases in Canada as part of an unprecedented outbreak of the rare disease that seldom spreads outside Africa.

Twenty-five infections have been confirmed in Quebec and one in Ontario, the Public Health Agency of Canada said Thursday, predicting the tally will rise in coming days.

While everyone is susceptible to the virus, clusters of cases have been reported among men who have sex with men, officials say.

For some LGBTQ advocates, this raises the spectre of sexual stigmatization that saw gay and bisexual men scapegoated for the spread of HIV-AIDS in the 1980s. Others say the early detection of the monkeypox cases by sexual health clinics shows how the queer community has mobilized to dismantle shame and promote safe practices.

Canada's deputy chief public health officer said he's mindful of the potential for stigma and discrimination, reiterating that the virus's spread isn't limited to any specific group or sexual orientation.

The disease can be contracted through close contact with a sick person, including but not limited to sexual activity, Dr. Howard Njoo told a news conference Thursday. Scientists are still working to determine what's driving cross-border transmission of the virus.

But as early signs suggest the virus is currently circulating in certain communities, authorities are working with partners on the ground to raise awareness among those at elevated risk of exposure, Njoo said.

Quebec officials said both transparency and sensitivity are needed to contain the outbreak and provide care to those infected.

“Stigmatization is really a big challenge in controlling this disease, so we're trying to fight it,” Montreal public health official Dr. Genevieve Bergeron told reporters Thursday. “It's important to understand that our enemy is the virus, it's not the people who are affected.”

Aaron Purdie, executive director of the Health Initiative for Men in B.C., said he worries that the spread of stigma could present a greater threat than the disease itself, citing the lasting legacy of the panic and prejudice around HIV-AIDS in the early years of the epidemic.

“Stigma spreads like a virus,” Purdie said. “Yes, it's treatable. Yes, it's containable. But it spreads nonetheless.”

Beyond its corrosive societal harms, stigma can deter people from accessing testing and treatment, as they fear how a diagnosis could jeopardize their social standing, employment and safety, Purdie said.

These concerns are particularly potent among LGBTQ people given their long history of discrimination by the health-care system, said Purdie. That's why it's vital that public health agencies assist queer activists, educators and clinicians in leading the monkeypox response.

“We all hold trauma from our histories, and the reality is when something like monkeypox comes in, it scares people,” he said.

“We need to decrease the stigma. Because if we don't, people aren't able to fully express their identities, and ... (that has the) downstream effect of making the community sicker.”

Dane Griffiths, director of the Gay Men's Sexual Health Alliance of Ontario, said stigma thrives in silence, so one of the most effective strategies to combat it is to provide timely and accurate information without “shame or blame.”

The alliance is working to do just that by sharing the latest developments about the virus, encouraging people to pay attention to the risks and take steps to protect themselves.

Griffiths said obscuring the risk the virus poses to the queer community could prompt people to drop their guard.

“I wouldn't want that to be an opportunity for the community to tune this out,” said Griffiths.

Instead, the queer community should be commended for helping authorities track the virus's spread by getting tested at sexual health clinics in such high numbers, which could be a factor in why so many cases have been identified in men who have sex with men, Griffiths said.

“There are gay and bisexual men who have been showing up around the world at clinics and doctor's offices and are being seen and therefore counted,” said Griffiths. “That's a good thing, and it's actually to be encouraged within our community.”

More than two years into the pandemic, University of Toronto bioethicist Kerry Bowman said he hopes people have realized infectious disease doesn't discriminate on the basis of identity, so we don't see a resurgence of the stigma and bigotry that pervaded our initial responses to both COVID-19 and HIV-AIDS.

“This is kind of a litmus test to see if we've moved on as a society, if we're capable of looking at illness without ... the cruelty of laying stigma on people,” said Bowman.

- with files from Jacob Serebrin in Montreal