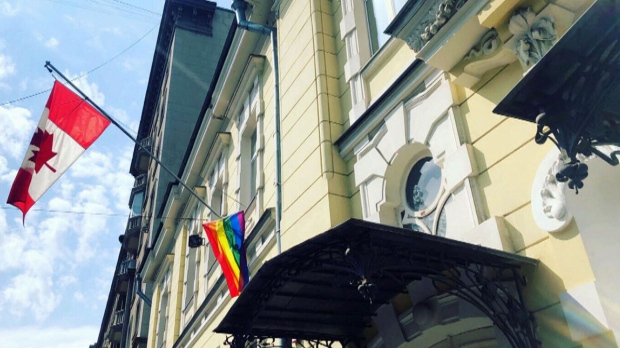 The findings published Wednesday are from a 2018 survey based on safety in public and private places.

The survey found that nearly one million Canadians aged 15 or older identified as part of a sexual minority group, and another 75,000 Canadians identified as transgender.

Statistics Canada considers it to be the first large-scale study of its kind to facilitate collecting information on the number of transgender and non-binary Canadians.

Eleven per cent of sexual minority Canadians said they had been sexually or physically assaulted in the previous 12 months, compared with four per cent of heterosexual Canadians.

The study also found that 59 per cent of people from sexual minorities said they had been assaulted at some point since the age of 15, compared with 37 per cent among heterosexuals.

The study did not include assaults committed by someone who was an intimate partner.

The research shows sexual minority Canadians are also more than twice as likely as heterosexuals to endure inappropriate sexual behaviour in public. Fifty-seven per cent said they had such an experience in the previous 12 months, compared with 22 per cent reported by heterosexuals.

A similar pattern exists in the workplace, where inappropriate jokes and unwanted sexual attention were more frequently experienced by sexual minorities, the study found.