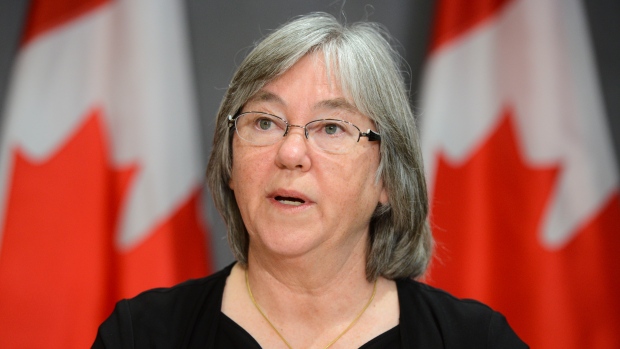 Minister of Seniors Deb Schulte speaks during a press conference on Parliament Hill during the COVID-19 pandemic in Ottawa on Thursday, June 4, 2020. THE CANADIAN PRESS/Sean Kilpatrick

OTTAWA -- The federal government is launching a consultation on how it should define elder abuse, an exercise that would bring more targeted programs and policies for Canada's aging population.

About one in 10 seniors are affected by abuse or neglect, often by those who are close to them.

And while there are signs and symptoms of abuse provided to the public, there is no one definition for elder abuse.

Seniors Minister Deb Schulte says coming up with a definition would help focus how governments and myriad organizations work to quash neglect and financial abuse of seniors.

She adds that provinces and territories have talked about the need for a common definition after hearing from groups advocating for better outcomes for the country's seniors.

Canada's grey wave is expected to pick up speed in the coming years, with seniors expected to make up close to one-quarter of the national population by 2030.