Liberals could win as few as seven seats in 2018 election: poll 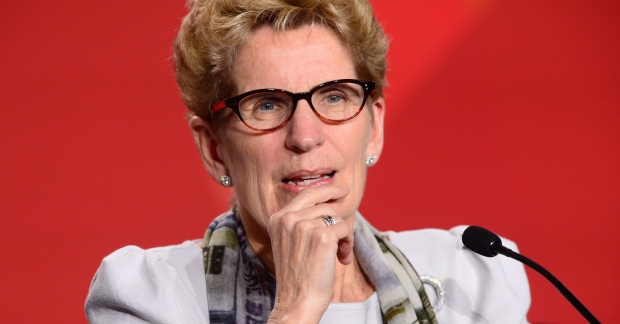 The Ontario Liberal party could win as few as seven seats in the next election and lose official party status in the process, a new poll has found.

The Forum Research poll of 884 decided and leaning voters found that 43 per cent of respondents support Patrick Brown and the Progressive Conservative party while 28 per cent support Andrea Horwath and the NDP party and just 19 per cent back Premier Kathleen Wynne and the Liberals.

The poll says that if an election were held today the numbers would translate into a majority government and 86 seats for the Tories. Meanwhile, the NDP would win 29 seats and form the Official Opposition while the Liberals, with just seven seats, would fall short of the threshold needed to qualify for official party status and the funding that comes with that.

The percentage of voters that said they would vote for the Liberals in the upcoming election was down five points from the last time Forum conducted a similar poll in February while support for the Tories was down one point and support for the NDP was up three points.

“It looks like the centre is melting because first the Tories were gaining and now the New Democrats are gaining so the Liberals are kind of losing support on both the right and the left,” Forum Research President Lorne Bozinoff told CP24 on Friday. “They are now down to 19 per cent in the polls. For a major party and the governing party that is astounding.”

Bozinoff told CP24 that that the Liberals sagging popularity is partly the product of the public’s frustration over sky-high hydro rates and exploding hose prices in the Greater Toronto Area.

He said that it is also likely that some of the scandals the Liberal party has been embroiled in during its time in government are compounding.

“They have been in the office for 14 years, so they have picked up a lot of baggage,” he said.

In 2014, the Liberals won 20 of 22 seats in Toronto and 14 of 18 seats in the so-called 905 region but the poll reveals that the party will have a hard time holding on to even a portion of those seats.

The picture is even grimmer in the 905.

In terms of personal popularity, Kathleen Wynne has the weakest approval rating of any of the three major party leaders at just 12 per cent. Andrea Horwath has the highest approval rating at 30 per cent. About 27 per cent of respondents approved of Patrick Brown, however 44 per cent said they were unsure what to think of him.

Wynne was particularly unpopular in the 905, where she had an approval rating of just seven per cent.

The poll comes one week after the release of another poll from Angus Reid, which indicated that Wynne had the lowest approval rating of any Canadian premier.

The poll is considered accurate to within 3.3 percentage points, 19 times out of 20.