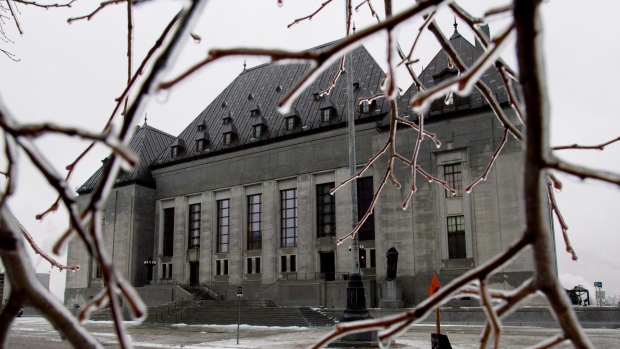 Ice coats tree branches outside of the Supreme Court of Canada in Ottawa on December 10, 2012. (Adrian Wyld/The Canadian Press)

The Supreme Court of Canada has ruled a law that had restricted voting rights for long-term expats for the last 25 years was unconstitutional.

In a ruling today, the country's top court said the restriction could not be justified.

The court said the idea of electoral fairness advanced by the government was vague.

The case was brought by two Canadians who have lived for years in the United States.

They maintained a 1993 law barring expats abroad for more than five years from voting violated their charter rights to vote.

The Liberal government scrapped the ban last month but the long-running case proceeded.