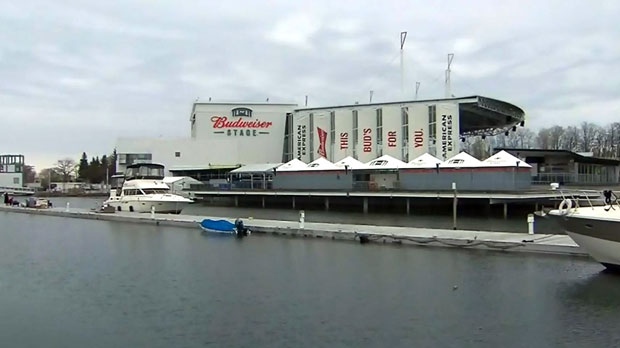 Live music is making is return to the Budweiser Stage.

The lakefront venue hasn’t hosted any shows since October, 2019 due to the pandemic but with Ontario set to enter Step 3 of its reopening plan on Friday that will soon change.

Live Nation has announced that Hamilton pop-rock band ‘The Arkells’ will play back to back shows at the Budweiser Stage on Aug. 13-14 as the venue officially reopens. Budweiser Stage has also announced a slate of other shows for later in the summer, including The Sam Roberts Band, Blue Rodeo and Maroon 5.

Under Step 3 the Ford government is capping the maximum attendance for unseated events outdoors at 5,000 but the venue will also be able to fill 75 per cent of its 5,500 reserved seats, pushing the total capacity for shows past 9,000.

News of the show comes as Toronto FC returns to the city to play before a crowd of 7,000 at BMO Field on Saturday. That will be the largest crowd allowed to gather in Toronto since the beginning of the pandemic.

“We are very excited. To be honest we thought we would be inside for like two weeks when the pandemic hit. I remember saying ‘we will get through a couple weeks and we will be right back at it.’ Little did we know it would be 16 months before our next proper show,” Arkells frontman Max Kerman told CP24 on Wednesday afternoon. “We resisted doing any sort of virtual concerts or drive-in shows playing for people in cars because we wanted to do it where we could feel the vibe in the room.”

Masks will be mandatory for all Budweiser Stage shows except when patrons are actively eating or drinking.

Kerman conceded that the show might feel a little different due to the restrictions but he said that he is confident that it will still be “an amazing night” for those in attendance, noting that he is personally “excited like a seven-year-old.”

“You realize what live music means to people and having that release from your normal day to day,” he said of the past year-and-a-half without live concerts. “For me as a music fan I can’t wait to go to concerts myself.”

Tickets for the Arkells concerts at Budweiser Stage go on sale to the general public tomorrow.