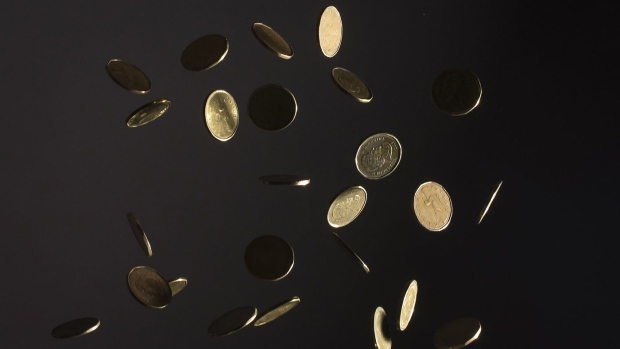 TORONTO - The Canadian dollar slid lower again Thursday, hitting lows not seen in more than two years, a day after the U.S. Federal Reserve raised its key interest rate by three-quarters of a percentage point.

The loonie briefly fell below 74 cents US in early trading, according to XE.com, after crossing the 75-cent US threshold at the start of the week, under a trio of closely-linked pressures, said Rahim Madhavji, president of Knightsbridge Foreign Exchange Inc.

“At a high level, flight to safety, rising U.S. interest rates, and poor performing stock markets are kind of the key drivers that are making funds go into the U.S. Dollar versus the loonie.”

These pressures have been around for much of the year to chip away at the Canadian dollar, which has fallen from higher than 80 cents US in March, but the downward slide has accelerated in recent weeks as optimism over how quickly rising rates might tame inflation fades, said Madhavji.

“What's happened in the market is in the last month or two people have said 'hey, we thought this was going to work by raising rates.' And now what they're saying is 'it isn't working,' we think they're going to have to get more extreme.”

The prospect of further rising rates was indicated Wednesday by Federal Reserve officials who forecast they would further raise their benchmark rate to roughly 4.4 per cent by year's end, a full point higher than they had envisioned as recently as June.

The potential for higher rates in the U.S. makes the greenback more attractive by paying better returns, while putting pressure on stock markets that these days account for about 80 per cent of the movement in the Canadian dollar, said Madhavji.

The close link to equity markets means that the loonie hasn't seen the benefit it otherwise might have from the Bank of Canada also raising rates, and commodity prices still being relatively high, said Shaun Osborne, chief foreign exchange strategist at Scotiabank.

“The CAD has become quite attached to the sort of global risk backdrop, and that's kind of overshadowed what should have been for the Canadian dollar this year a pretty positive story about commodity prices.”

He said he's been surprised that the loonie hasn't gotten more of a boost, or held up better, against the U.S. dollar from the Bank of Canada moving faster than the Fed, while the break with commodity prices, not only oil but agriculture, lumber and metal prices as well, has also been hard to explain.

Canada's currency has however held up better than many others, sliding the least out of other major currencies against the U.S. dollar this year.

The higher dollar means that exporters and people like freelance contractors being paid in U.S. dollars will be happy, while importers or those maybe shopping for a second home in Florida will not.

A lower loonie might also make it harder for the Bank of Canada to stem inflation, said Osborne.

With the prospect of continued rising rates and pressure on economic growth, Madhavji said he expects things to get worse before they get better, but that longer term, after an economic reset, he expects the Canadian dollar to be back to trading around 80 cents US.

Osborne said that the loonie's fate will be tied closely to what happens with global rate trends, with no clear sources of near-term recovery.

“It's a little difficult at the moment seeing if we're not responding to commodity prices, we're not picking up any advantage from relatively stronger growth and somewhat higher interest rates, what will turn the Canadian dollar around.”