Love and marriage? Ont. man gets rare annulment because wife refuses to have sex 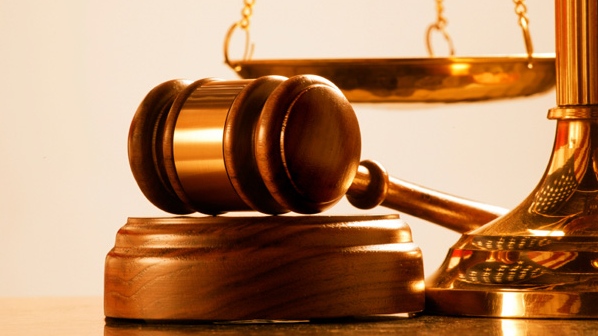 TORONTO - A bride's refusal to have sex with her new husband apparently due to crippling anxiety is reason enough to grant his request for a rare marriage annulment, an Ontario court has ruled.

In his judgment, Ontario Superior Court Justice Douglas Gray noted the high legal bar to undo a marriage, which goes beyond a spouse simply saying no to sex.

“This is a rather rare proceeding today with the ready availability of divorce,” Gray said in this week's ruling. (“But) it is clear from the authorities that non-consummation must be as a result of an incapacity or inability to consummate rather than a refusal to do so.”

Court records show Reza Razavian met Sadaf Tajik in January 2017 at the University of Waterloo, where he was a PhD student in systems-design engineering and she was a post-graduate student in computer engineering. They began dating and talked about marrying.

During those discussions, Tajik told her fiance that she didn't want a sexual relationship before marriage and he agreed. He proposed in May last year, she accepted, and they married in July 2018 at city hall in Waterloo, Ont.

In an affidavit filed with the court, Razavian describes his mounting frustration about his sex life with his new wife.

“(She) refused to have any physical intimacy with me and I could not understand the reasons behind it right after our marriage,” Razavian wrote. “Later, I noticed that our marriage could not be consummated due to (her) serious incapacitating anxiety for having sexual intercourse.”

According to Razavian, Tajik kept putting him off, saying she needed time to overcome her fears. Despite his “passion and desire,” he said he didn't insist or try to force her.

Given her pre-marriage request to refrain from sexual activity, Razavian said he was unaware of how his wife felt until after they had tied the knot. It's likely she didn't even know about her fears until after the wedding, he said. He also said she refused to seek any kind of counselling or medical help.

The lack of sex played out against a backdrop of parental unhappiness over the marriage, Gray heard. Her parents, who live in Iran, took the view the marriage was not valid because they did not have an Iranian marriage and no dowry was paid.

“I started getting frustrated when our families' conflicts continued in addition to (my wife's) ongoing refusal for consummating the marriage,” Razavian said.

The couple separated at the end of August 2018, about seven weeks after the wedding, and Razavian sought an annulment on the basis of non-consummation.

In his legal analysis, Gray noted Ontario's Annulment of Marriages Act from 1970 is based on English law that dates back to July 1870. In addition, he said, case law establishes non-consummation must be grounded in an inability to have sex.

“It is a reasonable inference that the respondent's inability to consummate the marriage arose from a disability of some sort, rather than from a mere refusal to have sexual intercourse,” Gray said. “Notwithstanding some doubts I initially entertained, I grant the order for the annulment of the marriage.”

This report by the Canadian Press was first published on Oct. 3, 2019.