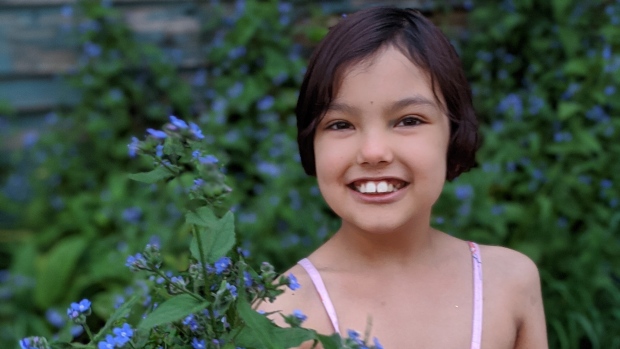 Nine-year-old Charis Jones poses in this undated family handout photo. Charis Jones was prescribed antibiotics for asthma when she was about nine months old and later developed asthma. She's part of the Canadian Healthy Infant Longitudinal Development cohort, or CHILD, data from which was used in a British Columbia study showing antibiotics prescribed to infants are linked to higher asthma rates. THE CANADIAN PRESS/HO, Jacqueline Jones

VANCOUVER -- Childhood asthma rates have fallen because fewer unnecessary antibiotics are being prescribed to babies within the first year of life, a study by British Columbia researchers says.

It says infants who were given antibiotics face nearly double the risk of asthma by age five. Earlier research shows the drugs affect so-called good bacteria in the gut.

Researchers from BC Children's Hospital, the BC Centre for Disease Control and the University of British Columbia found that every 10 per cent increase in prescribing of antibiotics was linked with a 24-per-cent jump in asthma rates.

The study on the most common chronic childhood disease was published recently in The Lancet Respiratory Medicine.

Dr. David Patrick, first author of the study and director of research and medical lead of the antimicrobial resistance program at the BC Centre for Disease Control, said antibiotics should be prescribed only for serious infections.

"Most of those antibiotics were prescribed for conditions like viruses, colds, where there was no benefit," said Patrick, who is also a professor with the school of population and public health at the University of British Columbia.

"This is the first time that we've demonstrated a population-level effect in any jurisdiction in the world where a reduction in antibiotic use in babies appears to be resulting in a drop in the asthma rate," Patrick said.

The study also included the data of 2,644 children in Vancouver, Edmonton, Winnipeg and Toronto who are participants in the ongoing Canadian Healthy Infant Longitudinal Development cohort, or CHILD, which began in 2008 to study the development of various conditions from birth, including asthma, allergies and obesity.

Children who were prescribed antibiotics as infants and went on to develop asthma could potentially have the healthy bacteria replenished through further research, Patrick said.

Jacqueline Jones was randomly recruited to participate in CHILD at a hospital in Vancouver when she was pregnant with her daughter Charis, who is now nine.

She said her daughter was prescribed antibiotics for bronchitis when she was about nine months old and was diagnosed with asthma in March 2017.

Jones said it's possible that the asthma is linked to the antibiotics, though she and her 15-year-old son Rhys also have asthma, which can run in families.

"Maybe it did increase her chances of having and developing asthma," she said. "But at the time you have a not-even-one-year-old who's coughing, having a hard time breathing and has this infection. When it's a baby it's quite scary."

Jones said she's hoping both her and her daughter's participation in the CHILD study will one day lead to further advancements in the treatment of asthma.

Dr. Stuart Turvey, senior author of the study and a pediatric immunologist at BC Children's Hospital, said that in 2000, about 70 per cent of children received at least one course of antibiotics before their first birthday but that had dropped by half by 2014.

"It was helpful to reduce antibiotic resistance in bacteria but now we see that it had unexpected benefits including being associated with a decreased rate of asthma in kids," he said.

The CHILD cohort study involved the recruitment of about 3,000 pregnant women across the country to follow the health of their children over time.