Lower limits on social gatherings could be coming for other municipalities amid rise in COVID-19 cases: Ford 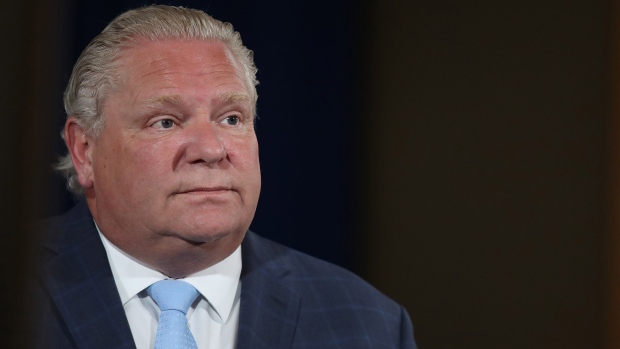 Ontario Premier Doug Ford is seen in this photograph. (The Canadian Press)

Stricter limits on allowable social gatherings could be coming to more Ontario communities, according to Premier Doug Ford.

While the lower limits were immediately welcomed by the mayors in those communities, many of whom had lobbied for the change, others like Markham Mayor Frank Scarpitti questioned why the policy wasn’t more broadly applied.

At a press conference in Ottawa on Friday, Ford confirmed that members of his cabinet will soon be meeting to consider requests to introduce the lower limits in other cities and towns experiencing a rise in COVID-19 infections.

“Yes they are coming because we have had requests from mayors and chief medical officers,” he said when asked directly whether the stricter limits on gatherings will be introduced in other parts of Ontario. “I just don’t believe in going in there as the big province. I believe in working collaboratively with the 444 municipalities and they are calling for help.”

Scarpitti told CP24 on Thursday that he was concerned that York Region could be left “vulnerable” by not being included in the lower gathering limits and could see an influx of people choosing to hold parties within its boundaries “because they know the standards aren’t as strict.”

He said that he had already made the request of Ford to extend the order to cover all of York Region for that reason, an idea supported by the local medical officer of health.

“Today we weren’t on the list and I’m hoping tomorrow we are on the list,” he said.

The new provincial policy exempts “staffed businesses” from the lower gathering limits, meaning that restaurants, bars, movie theatres and other establishments can continue to accommodate 50 people at a time.

Speaking with reporters on Friday, Ford said that the idea is to target “the small percentage of people” who “want to have these massive parties in their backyards.”

Ford also boasted about his government’s decision to boost penalties for rule breakers, so that the "organizers of illegal social gatherings” can be fined up to $10,000.