After being away for 600 days, the Toronto Raptors were back at Scotiabank Arena Wednesday night in front of thousands of cheering fans.

The team who was forced to play their previous two seasons south of the border due to COVID-19 opened their 2021-2022 NBA campaign against the Washington Wizards.

"Here we go. We're back, the NBA is back," Raptors President Masai Ujiri enthusiastically told CP24 on Wednesday ahead of the game.

The season opener marked the Raptors' first regular-season game at the arena since Feb. 28, 2020, when sports arenas and other indoor venues were shuttered to reduce the spread of the virus. 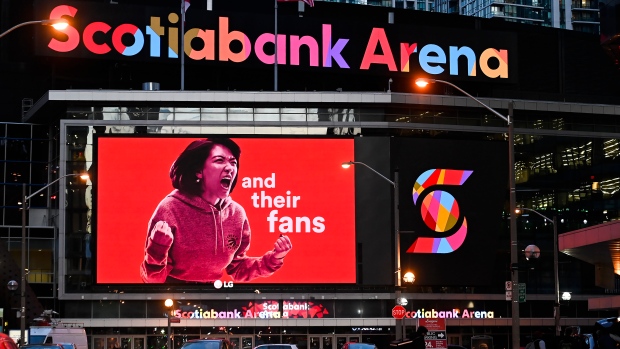 It was not the final result the Raptors wanted for their long-awaited return, losing to the Wizards 98-83.

While some fans were a little bit disappointed with the loss, many were happy to see the team back, saying it was "magical" inside Scotiabank Arena during the game.

"A lot of goosebumps in the beginning of the game, you know, seeing everybody together. It was a good atmosphere," one fan said.

Another fan said: "It's fun because all the fans are back together. It was just very energetic to be back in the arena."

Last season, the Raptors played their home games in Tampa, Florida because of border restrictions and public safety measures in Canada.

Ujiri said the team is ecstatic to open up the season at home, with Toronto fans cheering them on.

Earlier this month, the Ontario government lifted all capacity limits for indoor and outdoor settings where proof of COVID-19 vaccination is required, including sports arenas, concert venues and theatres.

"Now that the province has issued their QR codes we're hoping that most have downloaded [and] will be ready to scan them. We got a new slightly more restrictive bag policy so we're asking people not to bring a bag if they can," MLSE Chief Venues and Operations Officer Nick Eaves told CP24.

The team looks a little different from the last time they played in Toronto. Raptors great Kyle Lowry left the team in the off-season to join the Miami Heat.

Although he's no longer with the team, Ujiri said Lowry will always be a part of the Raptors.

"Kyle is going to be in this building, part of this building, forever. You know, like that's what he stamped here. And I was texting with him last night, you know, incredible, incredible legacy that he left here," Ujiri said.

"So, it's a new era for us, you know, and those things don't last forever." 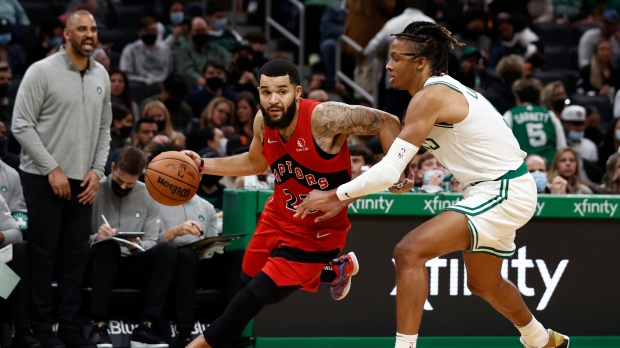 Ujiri added that he believes veterans Fred VanVleet, Pascal Siakam and OG Anunoby are ready to fill Lowry's shoes and lead the team.

"It's going to be a grind, you know, it's gonna be tough at times, but we trust them. We will continue to grow with them and hopefully the fans see it and excitement is there because these guys will compete and play hard every night," he said.

Siakam, however, did not play tonight as the star forward has been recovering from shoulder surgery, causing him to miss training camp and the first couple weeks of the new season.

Ujiri said Siakam's return to the court is likely a "few weeks away" and that Siakam is feeling very positive.

Montreal native Chris Boucher scored seven points in his return to the Raptors lineup Wednesday night.The 28-year-old sat out the entire pre-season after dislocating his left middle finger in practice.

It was also a big moment for Raptors rookie Dalano Banton who is from Toronto.

Despite failing to make a comeback in the game, he credited the fans for pushing the team.

"I appreciate all the fans for just loving me, taking me in with such open arms."