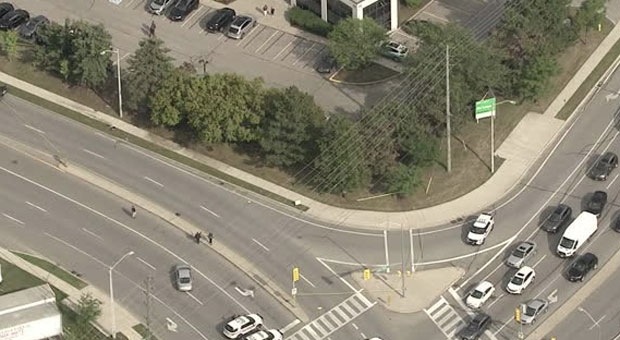 Police are on the scene of a fatal crash involving a motorcycle in Markham.

The collision occurred near Esna Park Drive and Alden Road shortly before 3 p.m.

Police have released few details about the incident but say the intersection will be closed for an investigation.

The age and name of the victim have not been released.

Police are asking anyone who witnessed the collision to contact investigators.