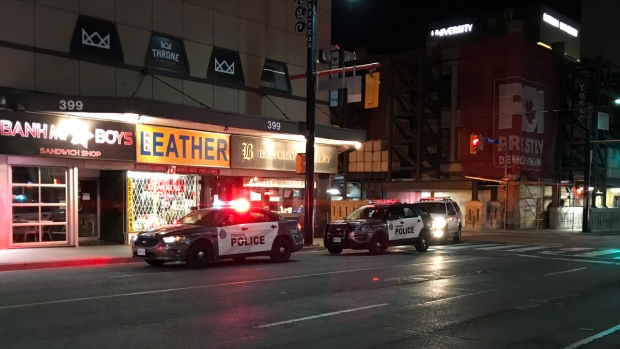 Police vehicles are seen at Yonge and Gerrard streets after a male was stabbed on Sept. 26, 2019. (Mike Nguyen/CP24)

A male is in serious condition in hospital after he was found with a stab wound in downtown Toronto early Thursday morning.

Toronto paramedics said they were called to Yonge and Gerrard streets at about 3 a.m. for a report of a male suffering from a stab wound.

He was taken to hospital in serious but non-life-threatening condition.

Police investigators said the stabbing may have occurred south of where the victim was found, near Yonge and Dundas streets.

Officers say the victim is not cooperating with their investigation.