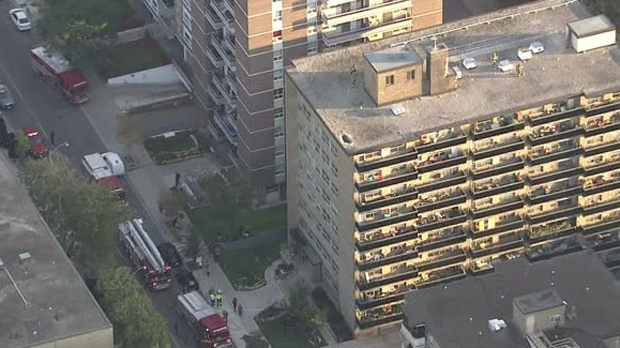 A male was taken to hospital suffering from smoke inhalation after a fire at a high-rise apartment tower in the city’s Parkdale neighbourhood on Wednesday morning.

Toronto firefighters say they were called to a nine-floor building at 87 Jameson Avenue after 7:30 a.m., where smoke was spotted on the fifth and ninth floors.

They quickly knocked down the fire and ventilated the building.

Firefighters said a male was taken to St. Joseph’s Hospital for treatment.

Jameson Avenue was closed in both directions between King Street West and Lakeshore Boulevard West until 9:30 a.m. to allow for cleanup and an investigation.